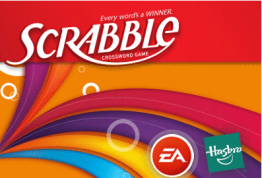 Toymaker Hasbro has waved the white truce flag and dropped the lawsuit against RJ Softwares, the company behind the Facebook application Scrabulous, according to Reuters.

In July, Hasbro asked Facebook to yank the application due to copyright and intellectual property infringement. The rules, the tiles and the board for Scrabulous all looked the same as Scrabble, but under a different name. Hasbro then launched its own application, Scrabble Beta, with Electronic Arts, to hisses and boos, because it was so glitchy.

Scrabulous was removed, tweaked and resurfaced as a game called Wordscraper, which was decidedly not as popular as the original. The developers, brothers Rajat and Jayant Argarwalla, also changed their website from Scrabulous to Lexulous.com.

The court documents did not specify a reason for the lawsuit being dropped. As for Hasbro, the company has gotten what it wants — more growth and traffic than the-application-formerly-known-as-Scrabulous. AllFacebook.com has a great graph of how Wordscraper’s growth has flattened while Hasbro’s application traffic has grown.

Perhaps Hasbro is also backing off because of the major backlash against the company from avid Scrabulous fans, who created numerous “Save Scrabulous” Facebook groups and wrote negative reviews of Hasbro’s official Scrabble Beta application, among other methods of protest. As of today, Scrabble Beta has a whopping 1.3 out of 5 star rating based on 581 reviews. But more likely, Hasbro is happy to avoid drawn-out and expensive litigation. Because lawsuits are F-U-N.

And if you’re hard-pressed to find a holiday present for the Scrabble lovers in your life, try a pair of earrings made from — what else — Scrabble tiles. But don’t walk around Hasbro headquarters wearing them.