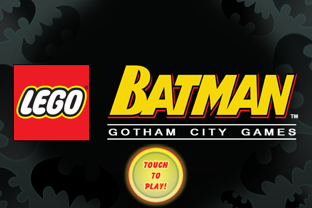 Warner Brothers is wasting little time promoting one of its biggest film franchises on the iPhone: Batman. We’ve already seen the throw-away promotional HaHaHa picture application and then the bad Dark Knight: Batmobile game, and now there’s a third one, and it’s good: Lego Batman.

Technically called Lego Batman: Gotham City Games, this version for the iPhone and iPod touch consists of a series of mini-games set in the Batman universe. What’s smart is that all of these mini-games use different control capabilities of the device. For example, controling the Lego Batwing (Batman’s plane) in one level requires you to use the accelerometer, tilting the device from side to side to move around the screen (see the video at the bottom of the post). Another level requires that you use the iPhone’s touch screen to move a boomerang around to kill bad guys.

Just as with the Lego Batman series on the video game consoles, the goal is to pick up small lego pieces. But this game also features bonus content such as artwork, trailers and wallpaper if you perform well enough. You can replay levels in “free mode” that you’ve beaten in story mode.

What’s interesting is that in the description of the game on its App Store page, Lego Batman: Gotham City Games is described as “a companion game to Lego Batman designed exclusively for the iPhone and iPod touch.” Does this mean we’ll see a full version of Lego Batman similar to the console versions that is more a straight-up game and less about mini-games? It would seem that way, but there’s no indication of when that could be coming.

For now, Lego Batman: Gotham City Games is plenty of fun itself, and a good price at $5.99 — which Warner Brothers says is a special holiday sale price. Certainly, this game runs circles around the Dark Knight: Batmobile game. 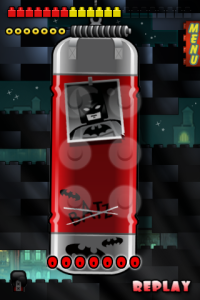 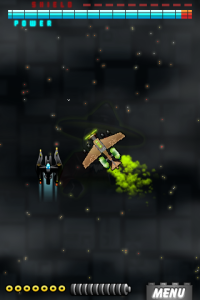