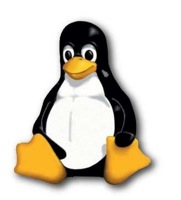 Adobe AIR, a platform for creating applications that transcend the barrier between the web and your desktop, is now fully compatible with Linux operating systems. Since AIR applications already work on Windows and Mac computers, this means developers can now build a single application that will run on pretty much every major operating system.

By working on your desktop, AIR applications can be more powerful and convenient than apps trapped in your web browser. I know a lot of people who use Twhirl, an AIR app for accessing micro-blogging site Twitter through your desktop; at the MAX conference last month, I also saw a demo of The New York Times’ International Herald Tribune app, which lets you read the news even if you’re not connected to the internet.

Test versions of AIR for Linux were available earlier this year, but this is the first production (i.e., non-testing) release, says Adrian Ludwig, group product manager for Adobe’s platform business unit. This is also the first version of AIR for Linux with all the features of the Mac and Windows versions, he says. More than 90 percent of existing AIR applications should work on Linux immediately: “Tomorrow if you’re using Linux, you should be able to download those applications and they’ll just work.”

AIR’s compatibility with Linux will also be useful for building AIR mobile applications, Ludwig says. That’s not possible yet, but Adobe plans to bring AIR to mobile phones by the end of 2009.

Adobe was the first company to release a prominent platform for hybrid web/desktop applications, but competition is growing. Sun just released its competing platform JavaFX, and a startup called Appcelerator also offers an open-source competitor called Titanium. AIR has been making healthy product in the last year — Ludwig says it’s closing in on the 100 million download mark, and should cross it before the end of the year.