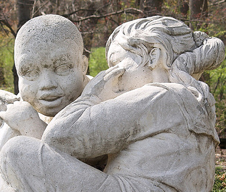 Maybe you’ve heard: Apple’s iPhone is going on sale at Walmart stores across the United States on December 28th. Maybe you had previously heard it would be $99, but it won’t. The entry version will be $197. Yes, a whopping $2 off the price Apple and AT&T sell it for.So what gives? Where’d the $99 — the number being reported by some mainstream media publications — come from?

Well, it was kind of like a game of telephone. A blog heard a rumor about a $99 iPhone at Walmart, other blogs covered the rumor, than the mainstream media starting picking up on the story but some decided to leave the whole “rumor” part out.

It all started in early December when the blog Boy Genius Report got a tip about the $99 price point, and that it would be for a 4GB version of the phone (less capacity than Apple currently offers). At that point the fact that the iPhone was coming to Walmart was almost a forgone conclusion, but the price was still up in the air. Boy Genius Report warned the tip wasn’t from one of its trusted sources, but published anyway. Several blogs (including this one) picked up on the rumor but rightly called it a rumor.

The San Jose Mercury News then picked up on the story. And while it correctly noted that the $99 price was a rumor had come from websites, it got a department manager of the cell phone department at some random Walmart to say that she had heard from an AT&T representative that her store would in fact be getting a 4GB version. She also said the iPhone was supposed to come to her store two days before Christmas — which of course, is also not true.

Walmart corporate officials and Apple officials would not confirm the rumored reports, but that didn’t stop Bloomberg from picking up on the report and finding its own Apple analysts who told them that “a $99, Apple-branded cell phone is inevitable.” In case I haven’t made this clear over and over again, Apple analysts are almost always wrong with their predictions for Apple products.

Soon outlets like The New York Post, Yahoo News, Reuters and others were all over the news. What was once a “rumor” had turned into a “report.” The problem is that many of these “report” pieces were coming in on December 9, the day after sites like MacRumors and others got visual confirmation that the iPhone at Walmart would not be $99, but instead would be $197 — a whole $2 off.

And this all points to a larger problem the mainstream media has going forward. While in the past it has been too slow to pick up on a lot of breaking items when compared to blogs, it’s now trying to listen to the web more for many of its reports. The problem is that many of the publications either don’t have a full spectrum of places to check on the web for new updates or simply aren’t fast enough to catch the real news.

And despite the rise of the web and Internet-only publications, mainstream media still has a much larger reach. I had friends on the other side of the country asking me just yesterday when the $99 iPhone was coming out in Walmart. I had to inform them that whole $99 part wasn’t true, but they seemed skeptical of me because they had reading about it in some place like Reuters.

We have mainstream media publishing rumors, worded as reports, the day after they’ve been disproved. And that’s how you get widespread stories of a $99 iPhone that simply aren’t true.