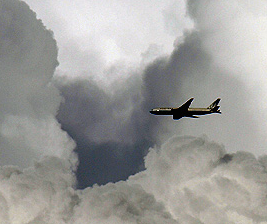 Facebook‘s developer platform was a watershed. It gave outside companies unprecedented access to users of a major social network. But the platform, launched in May, has come under increasing scrutiny. Facebook has continued to change the technology and the rules governing what developers can and can’t do on the site. The issue is whether or not Facebook’s platform, including newly-launched “Facebook Connect,” is stable enough to justify other companies making the effort to use it.

Heralded last year as one of the most exciting new areas for investment, the platform has seen its hype diminish, even as it has gradually matured. But third-party applications are doing better than ever, Facebook says — especially apps built to make use of the redesigned interface the company introduced this fall.

Facebook’s efforts to innovate ahead of other web services — rivals such as MySpace and Twitter — have left the platform in a constant state of change. At times, the company has appeared to compromise its goal of offering a “level playing field” to third-party developers in the name of innovation.

For the millions of Facebook users out there, the everyday impact of rule and technology changes is that their favorite apps — whether simple “poking” apps like throwing sheep, or more complex video-viewing apps and casual games — occasionally disappear or become harder to find within the Facebook site interface. On the good side, the spammy apps that send unwanted messages tend to get shut down.

The rule and technology changes make Facebook an increasingly useful service, but the fact that they happen so often and with little warning has created misgivings among some leading developers about working on the platform. For example, recently — and without prior warning — Facebook moved the notifications that apps send users about friends’ activity. These notifications now appear in the toolbar at the bottom of the site but no longer on the homepage. The result is that apps may be harder to find (although Facebook says its internal data shows increasing app usage as a result of the change, because users see the toolbar on every page of the site).

Future ramifications of Facebook’s changes to the platform may be more significant. The company recently rolled out a new service, called Connect, that lets users sign in to other web sites using their Facebook identities, then share information that their friends can see on Facebook. More than 100 partner sites, including CNN, Digg, Citysearch and many others, have been announced as Connect partners. So far, many of them — including Digg — haven’t fully implemented Connect’s features. Adopting Connect opens up a third-party site to becoming dependent on Facebook. The data a site may choose to send Facebook may say a lot about users’ behavior. For example, if Digg lets its users send a link to Facebook about what they’re reading, Facebook can learn what sorts of stories Diggers like to read. What if, one day, Facebook decides to add a news aggregator to the site as a core feature?

Depending on how Facebook manages its platform in the coming months, it could either foster more serious investment from outside companies, or scare them off. The following analysis is based on extensive interviews I’ve had with Facebook executives and numerous third-party developers on the platform. It is an attempt to sort out the present risks and opportunities for outside companies.

If you’re a developer and you want to build an application for a social network, Facebook has been and will continue to be the most attractive option for the foreseeable future. Its platform dominates. The “canvas” pages that third-party apps use to operate on the site get a total of more than 500 million page views per day, the company says. That’s almost six times the 85 million daily page views generated by all applications that use the competing OpenSocial standard. In sum, 52,000 Facebook applications create more than 14 billion page views on the site per month. More than 70 percent of people on Facebook use at least one application per month. More than 4,200 applications have more than 10,000 users per month.

OpenSocial, a Google-led initiative to help social networks offer platforms, launched a year ago with the intention of aiding rival social networks like MySpace and hi5. It allows third-party developers to build apps that can be easily implemented on any OpenSocial social network. So far, there have been 7,500 total OpenSocial apps created across more than 20 partner sites. Right now, the initiative is tiny compared to Facebook. [Click through to read rest of story]