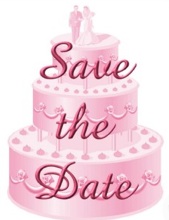 When iPhone development house Ngmoco announced that its new game Rolando would be released Dec. 18 (tomorrow), I wondered how on Earth they knew that? After all, all we’ve been hearing from developers is how sporadic Apple’s application approval process is, with many having no idea when their apps will actually go live in the App Store (and this being an even bigger problem given the recent delays). But it seems that developers have finally started dictating when their apps come out.

Here’s the deal: An app is submitted to Apple, and when it’s approved, Apple emails the developers and gives them the option for it to go live right away in the App Store or allows them to pick a date they’d like it to go live. Voila! A de-facto launch date.

It’s not entirely clear how new this picking the date process is (one tells me it’s always been there, another says they still don’t have that option), but given the number of developers now emailing us with firm launch dates rather than the old “we’re not sure what day it’ll be out,” it would seem that many of them are at least figuring this out for the first time.

Unfortunately, Apple isn’t allowing developers to dictate a specific time on the set day they want the app released, so we’re all still in the dark in that regard, but this helps a lot. In the rapidly-growing App Store, any kind of press coverage can help make or break an app — having firm launch dates makes the launch process easier on everyone.