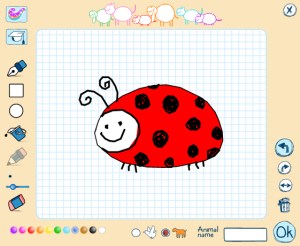 Shidonni has a clever idea that could help it stand out in the growing market for kids’ virtual worlds. The company launched a site this week that can bring the drawings of children to life. If your child draws a dog, for instance, Shidonni’s software can make that dog move, dance and beg for food.

The site lets kids (ages four to 12) be as creative as they want to be. They can draw as many animals or objects as they like, and those animals can appear as the heroes in the simple games that appear on Shidonni’s site. Children can also create backgrounds such as hills, the sun, or other pieces of landscape that likewise become the environment for the kid-created characters to play in.

Guy Bendov, head of marketing and business development for the company, said that the site has gone live after a couple of months of beta testing in which tens of thousands of people signed up. Of those who registered, roughly 60 percent come back to play three times a week. Now the company offers basic game play for free and charges a subscription of $5.95 a month for premium play. The subscription lets kids add clothes and other details to the images. 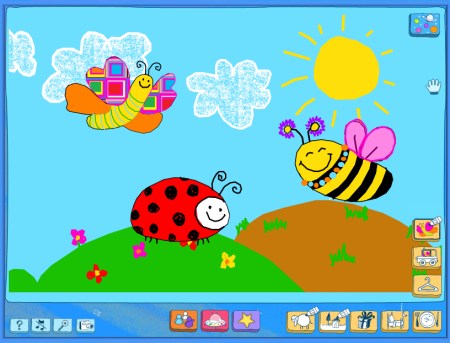 The site is part of the virtual pet genre that has seen a lot of activity lately with the launch of FooPets. It closely resembles a newly-launched game called Itza Bitza by Sabi, a company spun out of Microsoft. But Sabi is marketing its game through retail and as a download. Shidonni is available only as a web game. Both make use of Microsoft’s Flash-equivalent technology, Silverlight.

The play in Itza Bitza is structured. Kids draw something that becomes part of a story that unravels. But Shidonni is open ended. It allows the kids to do whatever they want. The animals can either walk or fly (sorry, no fish yet). At the heart of the technology are mathematical algorithms that take a drawing and then animate it as if it were an animal. Kids can take their creations and share them with friends or print them.

The Rehovat, Israel-based company has 11 people and has raised $1.5 million in funding from British investors. The company will keep introducing new content, just as any constantly changing virtual world does. For instance, there is currently no chat system, but there might be over time. The company was founded about a year ago by Ido Mazurski, chief executive, and Nachshon Peled.

Partners who provide games and other enhancements include Zazzle, Gimme5games.com and Ultimate Arcade. The company is seeking strategic partners that can help with things such as distribution and a retail launch. Roughly 76 percent of U.S. kids and tweens are playing games on the web today.