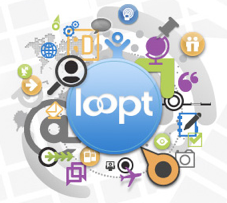 Most people have probably heard about the location-based social network Loopt thanks to its nifty, but crippled (more on that below), iPhone application. But the service is available most of the other major networks, on a wide variety of phones. Actually, make that all of the major networks, because starting today it’s launching a beta version of its service on the AT&T network.

This may confuse some people because the iPhone is only available in the U.S. on AT&T’s network, but previously Loopt had a special deal to run on the iPhone and wasn’t properly available on AT&T’s network. But now it is, and this is big news because it gives users access to a service that is interoperable across all of the major networks. If you use Loopt on your AT&T phone, you can see updates from a friend using it on Sprint’s network, or on Verizon’s, and vice versa.

“From the beginning, our goal has been to build a ubiquitous interoperable network in which customers don’t have to worry about who has what provider or mobile device,” said Sam Altman, co-founder and chief executive of Loopt. “Communication services need interoperability to succeed –- and Loopt is the first such service since SMS that is available across all major U.S. wireless carriers. And of course, we are pleased that the AT&T beta has background location which we believe is essential to delivering the best customer experience.”

Background location — that is a topic near and dear to my heart. I’ve written numerous times that for location-based service like Loopt to truly explode into the mainstream, they need to be continuously available to update, and that means running the background of your mobile device even when you’re not using the Loopt application. For a lot of phones this isn’t a problem, but some, notably the iPhone, will not allow third-party apps to run in the background. That means you have to have Loopt open at all times to continually update — which is ridiculous.

Loopt on Android phones, which recently launched, allows for background notification and it’s so much more powerful. Everyone is waiting for Apple’s answer to background tasks, which they call Push Notification, but that uses Apple servers to ping your phone when an app wishes to update. It’s not yet clear if that solution will work for continual background location updates like Loopt will require.

But, if Loopt now has this deal with AT&T that is allowing background location information from other phones, we may be close to seeing a way to use AT&T’s network to get this information from the iPhone as well. One way or another, Apple will need this functionality for the iPhone eventually. The sooner, the better.

As I noted above, this is a beta rollout of Loopt on the AT&T network. Right now it only includes three models of phones: Motorola V9x, Motorola z9n and the Nokia 6650. A commerical launch with more phones will follow early next year.