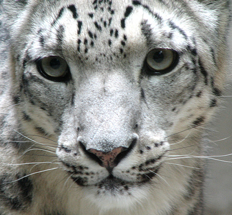 Will the greatest trick that Apple has ever pulled be convincing the world it has nothing big to show off at this year’s Macworld?

With no Steve Jobs keynote and Apple announcing that this January will be its last time coming to the Macworld Expo, many people are now expecting little, if anything from the event in terms of the big splash Apple usually makes by way of announcements. But rumors continue to circulate that Apple may be preparing to show off something pretty big: Its next operating system, OS X 10.6, “Snow Leopard.”

“Apple and its partners have been privately dropping hints to developers that its upcoming release of its Mac OS X operating system, dubbed Snow Leopard, will ship earlier than expected,” The Guardian writes today. It goes on to say that Apple’s head of product marketing, Phil Schiller, who will be giving the keynote in place of Jobs at Macworld could show off Snow Leopard on the big stage at the event.

But the article cautions that even if Schiller does show off Snow Leopard, it’s not expected to be released until at least February, and perhaps more likely March or April. Still, that timeline would put it well ahead of Microsoft’s next operating system, Windows 7, which current estimates have coming out before the end of 2009, though it could still be 2010.

Rumors of a Snow Leopard appearance at Macworld have been circulating for a while. Most recently, a public presentation by an Apple employee suggested that it would be out in the first quarter of 2009. Apple first announced and showed a sneak peak of Snow Leopard to developers at this year’s WWDC event.

While Snow Leopard isn’t expected to have a ton of new features that one might expect in a new operating system, it will focus on performance as it attempts to be the first OS to fully use a computer’s graphics processing unit (GPU) power alongside its central processing unit (CPU) power. That helps explain why Apple has moved away from integrated Intel graphic chips in even its low-end machines and is now fully NVIDIA GPU-powered.