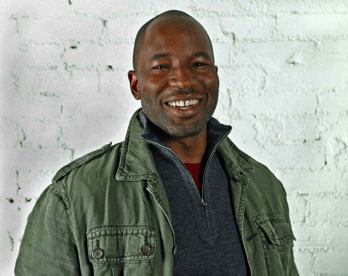 What do you have when you take a glut of internet advertising inventory and a shortage of advertising dollars? Opportunity — for those in the fortunate position of having the money, agility and foresight to take advantage of it, that is.

There are currently three tiers of ad networks. At the top are giants like AOL’s Platform-A, Yahoo, Google, ValueClick and Tribal Fusion. Tier two is made up of established companies with proven track records but smaller networks. And the third and lowest level is made up of the more recent upstarts, the little guys. The third tier only exists because ad networks are easy to start (you need little more than a handful of sites willing to let you sell inventory and an agreement with a third-party ad server) and because investors’ appetites for ad networks were voracious back in 2007. It was in 2007 that Yahoo bought what it didn’t already own of ad network Right Media for $680 million. A month later, WPP paid $649 million for 24/7 Real Media, and in September, Yahoo bought ad network BlueLithium for about $300 million.

So what we can expect to see imminently is both consolidation, specialization and acquisitions in the ad network industry. The oldest, largest and most well known networks will capture more and more market share. Smaller players, failing to grow but determined to survive on their own a bit longer, will have to evolve. And the way they’ll evolve is by specializing in niche demographics and/or adopting payment models where they’re paid not simply to deliver advertisers a certain number of clicks but to deliver measurable results that coincide with a revenue event or an action that helps to drive their business. a certain quality of clicks (the performance-based model). An emphasis on quality over quantity could very well appeal to cash-strapped advertisers looking to reduce wasted impressions.

We’re already seeing some of these “evolved” ad networks. Last March comScore reported the emergence of that targeted ad networks like Snap Shots Network and GoFish Networks, companies that have been performing well through specialization. And last week, Burst Media announced the launch of Kiwibox, a teen-oriented ad network. For companies with an aggressive growth strategy, these could make for appealing acquisition targets.

Some companies that could really stand to benefit from these niche, performance-focused ad networks are print media companies. All of them already cater to niches and many are already desperately trying to earn money from the web. One player already moving in this direction is Hachette Filipacchi Media. In June 2007, the company behind Car and Driver, Road & Track and Cycle World purchased Jumpstart Automotive Media, which sells advertising on Vehix, JD Power Autos and Shopping.com’s Automotive Channel.

Media buyers will be spared the process of adding the media kit of yet another ad network to their pile. This maturation process will allow the real contributors to the digital ecosystem to evolve and grow into something that makes everyone’s life easy. Media buyers will now be able to reward the organizations that differentiate themselves by providing robust technology and superior service and actual value to the system.

Marketers will have to evaluate ad networks from the same perspective they’ve evaluated the major portals and content sites … as the ad networks beef up there product offerings in display, video, behavioral targeting and mobile.

Since it is unlikely that the top tier ad networks will be toppled anytime soon, investors will need to get back to basics. This is likely to mean, focusing on organizations that can dominate a special niche or technological offerings that can add value to existing networks or the overall ecosystem.

The consumer experience will be a more enhanced one as networks scramble to put in place better targeting and analytics tools that will deliver a more holistic messaging strategy and creative solutions that take us beyond the banner.

Donnovan Andrews, former President of Performance Bridge Advertising, has spent the last ten years in media and advertising, working with major brands. He has also recently founded The Young Turks of Media and Entertainment, an organization that brings together internet and media leaders to discuss changes in advertising; recently enamed ReThink, it will shortly announce event dates for 2009.