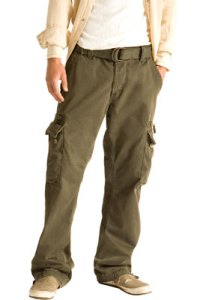 Rumblings the past few days had Sony getting ready to unveil its first entry into the currently hot netbook category of computers. Netbooks are small, low-weight and low-cost laptops that, while not as powerful as their bigger counterparts, can handle things like surfing the web just fine. The leaked specs for Sony’s Vaio Pocket, as it’s to be called, are calling into question just how low cost it could be.

The specs, according to Sony Style’s own site, have the Vaio Pocket coming with a 1.33Ghz processor (it’s not clear what kind of chip it will be — but Gizmodo guesses an Intel Atom), an eight-inch LED backlit display, the option of either a 60GB standard hard drive or a 128GB solid state drive and the option to have either Windows Vista Home Basic or Home Premium installed.

The specs raise a few interesting points. First, the display will have a resolution of 1600×768, which is insanely sharp for an eight-inch screen. In fact, the screen may be small for many users. I imagine some would opt for less resolution if it means they can actually see what’s on the screen. Second, will the 1.33Ghz machine with an unspecified processor and unspecified amount of RAM be able to run Windows Vista smoothly? Third, the weight, battery life and price are all not given yet — and all three are key points.

And price may be the most key. This holiday season has shown that most consumers seem to be interested in the netbooks under $500. But given Sony’s history with more premium pricing and the specs above, it seems unlikely the Vaio Pocket will come in under that. Certainly with the 128GB SSD, which costs over $500 itself, Sony will be hard-pressed to get this thing under $1,000.

And that speaks to a problem that Apple’s chief executive Steve Jobs addressed at an Apple event earlier this year. “We don’t know how to make a $500 computer that’s not a piece of junk, and our DNA will not let us ship that,” Jobs said. It would seem that Sony might have the same issue, and netbook enthusiasts who seem to care just as much about price as about size might not be too happy.

Speaking of size, there’s the whole “Vaio Pocket” name. I don’t know what kind of pants you wear, but unless they’re cargo pants, I don’t expect anyone to be able to fit a device with an eight-inch screen in their pocket.

The Vaio Pocket should be formally unveiled at the CES tradeshow in January.