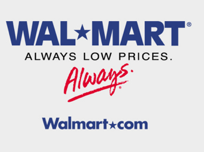 No real surprise here, but Wal-Mart has finally confirmed that it will, in fact, be selling Apple’s iPhone starting this Sunday. The retail chain plans to have the 8 gigabyte model available for $197 and the 16 gigabyte model for $297 — yes, a full $2 off what the device normally costs through Apple and AT&T.

My favorite part of the Reuters story is the following:

Numerous websites had previously speculated that Apple would offer a 4-gigabyte model of the iPhone for $99 at Wal-Mart stores.

Sure, numerous website were speculating about the $99 price point, but Reuters conveniently left out that many mainstream outlets started to as well — outlets like Reuters. And while most blogs that wrote about the $99 price point (including this one) made it clear that was a rumor, some of the mainstream sites that reprinted the rumor forgot the whole “rumor” part as the story quickly evolved into a real report — with some publications (*cough* Reuters *cough*) even running the story days after it was already confirmed (again in the blogosphere) that the device would not be $99, but instead would be $197 — which is exactly what it is.

It’s interesting that despite all the hoopla about Wal-Mart’s pricing of the iPhone, it will actually be more expensive there than it is at Best Buy, another giant retail chain that carries the device. The device is currently on sale there for just $189.99 and $289.99 for the 8GB and 16GB versions respectively. What happened to Wal-Mart’s old slogan: “Always the low price. Always.”?

Just as with the other sellers, Wal-Mart will require purchasers of the iPhone to sign up for a two-year service plan from AT&T.

Update: There is a $99 iPhone out there — refurbished 8GB models sold through AT&T’s website.