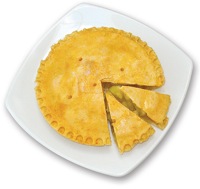 It looks like President-elect Barack Obama’s promise to improve the nation’s broadband Internet access has been embraced by both politicians and the telecommunications industry. As usual, however, things get tricky once we dig into the details. The Wall Street Journal reports that how “broadband” is defined, and where the money gets spent (in the form of tax credits, government-backed bonds, and grants), will determine which industries benefit.

It shouldn’t surprise anyone that the telecom industries are looking to protect their interests. Let’s just hope the Obama administration, as well as politicians like Rep. Anna Eshoo (who represents a big chunk of Silicon Valley), are able to craft a policy that doesn’t just reflect the lobbyists’ demands. The Obama transition team’s refusal to comment in the Journal story is a discouraging sign; Eshoo didn’t have much to say, but at least she acknowledged there’s going to be a lot of fighting over the plan’s details.

If you think this is an important issue, it may be worth asking the Obama team to respond through the “Open for Questions” section of its Change.gov web site. Right now, the most popular broadband question is buried on the second page of the science and technology section. The question will need a lot more support if it’s going to be addressed in the next round of answers.