David Edery and Ethan Mollick are co-authors of Changing the Game: How Video Games Are Transforming the Future of Business, published in 2008 by Pearson Education. Edery, the Xbox Live Arcade games portfolio planner at Microsoft, wrote this piece, about the trend dubbed Funware in our past stories, for VentureBeat.

Over the past several years, my co-author and I have watched as video games have become a powerful tool through which organizations teach, persuade, and motivate people. For example, medical schools have used game-like simulators to train surgeons, reducing their error rate in practice by a factor of six. America’s Army, a recruiting game developed by the U.S. Army for just 0.25% of the Army’s total advertising budget, has had more impact on new recruits than all other forms of Army advertising combined. Google is using video games to turn its visitors into a giant, voluntary labor force —  encouraging them to manually label the millions of images found on the Web that Google’s computers cannot identify on their own. And of course, it’s remarkable how quickly video games have evolved from scapegoats for childhood obesity into the next great fitness craze. 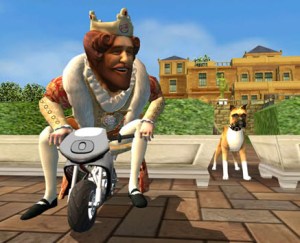 The use of video games as advertising vehicles is one of the oldest and most common business uses of games in general (we’ve identified good examples from the early 1980s.) One of the most remarkable and relatively recent examples can be found in the fast food industry. For decades, multinational titans such as McDonald’s have generally attacked the market in a very traditional way — with expensive television advertisements and short-term promotions. But in 2006, Burger King changed everything by recognizing the increasing popularity of home video game consoles. The company developed and released three packaged games that were explicitly designed to promote the Burger King brand. Each game incorporated Burger King’s highly-recognizable characters, such as the King himself, and the Subservient Chicken. The results of this promotion exceeded everyone’s expectations.

Over 3.2 million copies of these games were sold in Burger King restaurants for $3.99 each, which resulted in one of the most effective promotions in the history of the franchise. So many consumers dropped by their local Burger King to purchase these games (and eat a meal while they were there) that during the period of this promotion, the company’s quarterly profit jumped by 40%. Better still, many consumers continued to play the games long after the promotion ended, which effectively meant free long-term advertising for Burger King. Compare that to the typical TV advertisement! 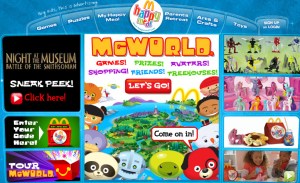 Of course, the executives at McDonald’s have taken notice of Burger King’s success, and have escalated the war for the hearts and minds of the gaming public by launching a virtual world centered around the McDonald’s brand. (Or as their website once noted, “The happy meal has gone digital!”) Children are encouraged to become citizens of this world, which contains a variety of gameplay experiences, and their sense of belonging is enhanced through customization features like the creation of their own avatar, and the opportunity to vote on the name of features within the world — not to mention the very name of the world itself. (The kids ultimately voted for “McWorld,” which suggests how, er, “creative” McDonald’s was with the choices.)

The overlapping space between business and games has become so active that we hear of interesting new projects on a near weekly basis. In the short time since we finished writing Changing the Game, we have learned that over half of the teams in the NBA are using NBA Live 2008, a popular basketball game, to simulate potential trades and evaluate personnel. That games are being used to significantly reduce the pain and suffering experienced by burn victims. That the US Army is using games to help prevent suicide. And that Allstate is using games (not driving simulations, but specialized casual games) to estimate the driving skill of people over the age of 50.

The big question is no longer “will businesses ever leverage the power of games?” That question was answered years ago. The question now is, “what major market will be revolutionized by video games next?”