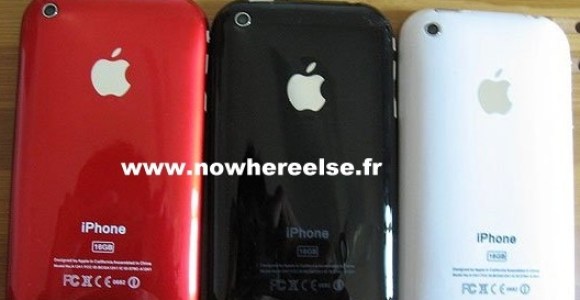 Apple has dabbled in a number of Product Red items over the years, most recently with a red version of the new iPod nano and iPod shuffle. Today, a French blog, Nowhere Else, posted some pictures of a supposed red version of the iPhone (which ReadWriteWeb reposted). So should we chalk this up to another product launching at Macworld in a couple days? No — at least not the one in this picture.

First of all, if Apple was launching a red iPhone would it really do it without the Product Red branding like it has on all the other Product Red offerings it offers? Second, the font for the word “iPhone” on the back of the device’s appears to be off, as many of the commenters on those sites have pointed out.

And we’ve all heard this red iPhone rumor before, supposedly timed for the holiday season. But nothing ever came of it.

Could Apple release a Product Red iPhone? Sure. A lot of folks would buy one thinking its for a good cause (money for the Global Fund to fight AIDS in Africa) — even though it’s not like the cause is raking in the money compared to the amount they spend to advertise it.

We’ll be at Macworld covering the keynote live on Tuesday morning to see which of the rumors come true.