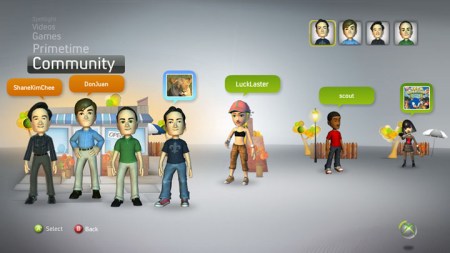 Microsoft said today that Xbox 360 sales have topped 28 million since the game console launched in 2005, allowing it to claim a solid second-place position in the game industry.

The Redmond, Wash.-based software company also said its Xbox Live player community has now grown to more than 17 million active members, up from 14 million before the holidays. Those members have increased their online spending more than 84 percent from a year ago. Since 2005, Microsoft said more than $1 billion has been spent on Xbox Live, with revenues fueled this season by a new user interface, dubbed The New Xbox Experience.

Microsoft said it has doubled its market share in some key territories. In places such as Japan, that doesn’t mean much since Microsoft’s position there is dead last. But it matters more in areas such as Europe, the Middle East and Africa. Sony is in third place with about 17 million consoles sold (pre-holidays).

The sales suggest a strong holiday showing for Microsoft, though it’s still far behind Nintendo’s Wii, which has sold more than 40 million units worldwide by various accounts. It also means that video game sales as a whole have likely held up well despite the economic turmoil. The strong year-end sales of Xbox 360s was probably helped by lower prices and new models, code named Jasper, that are said to be more reliable.

The company said that between Christmas and New Year’s Day, Xbox Live had its busiest week ever with more than 1.4 million concurrent members online. The company said that its new Netflix movie-streaming service on the Xbox 360 was one of the most popular new features.