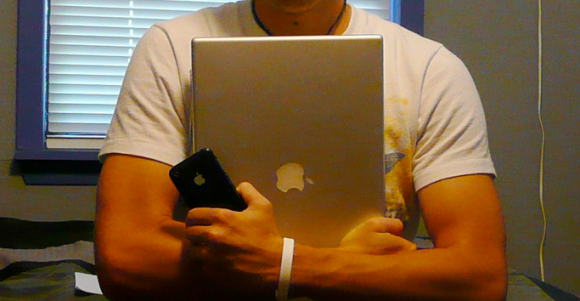 Apple’s final Macworld Expo keynote today drew reviews that ranged from boring to awful. For a company that has been no stranger to praise from the press in recent years, there’s a growing concern that Apple can no longer live up to expectations, and that this may be a sign of a larger problem for the company going forward. I have to laugh at that notion.

Behind all the hype and the BS, there is one fundamental thing that makes the Apple the company that it has become: It makes great products. I don’t care what they say or don’t say in keynotes, who is leading those keynotes or what rumored products they fail to announce — until the quality of its offerings drop, there is absolutely no trouble in Apple’s universe.

Was today’s keynote address by Apple’s vice president of product marketing Phil Schiller a home run? No, but it wasn’t nearly as bad as some of the reports may have you believe. Schiller himself was pretty good. He was funny at times and a bit awkward at times, but his love of the brand always seemed to show, and that matters. Apple seems to have a lot of employees (at least those we hear talk at events: Steve Jobs, Tim Cook, Jonathan Ive and Schiller) who clearly love the company. And that undoubtedly helps in keeping quality high. 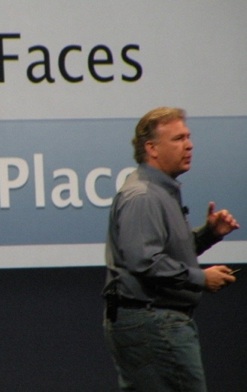 Was Schiller as good as Jobs? Probably not, but that’s subjective — he was different. The times I’ve seen him on stage, Jobs always seems to come across as slick. Schiller seemed a bit more doting.

But really, who cares about all of that? As basketball star Allen Iverson might say “Keynotes? We’re talkin’ about keynotes?” Again, at the end of the day, all that matters is the product. And Apple showed off some pretty cool things today.

Three things in particular stood out to me:

To me, all three are great announcements and products that will keep the brand moving forward. There were several other smaller features in iLife ’09 and a couple in iWork ’09 that were pretty neat as well. But that’s part of the problem — “smaller features” and “neat” aren’t good enough for a lot of the Mac faithful anymore.

Everyone comes to these events wanting something they’ve never seen before. They want an iPod, they want an iPhone. At the very least, they want an Apple TV. But those announcements are unreasonable to expect every time out because they are products that are hard to dream up and actually produce. They would not be great if they weren’t.

What’s easy to forget and pretty incredible is that in less than a decade, Apple has released such products several times — probably more than a lot of other big-name companies combined.

There are of course worse problems to have than expectations being high, but I think these underwhelming keynotes make a lot of people miss the bigger picture about the company: (forgive my repetition) They make great products.

Apple clearly tried to temper expectations for this keynote by announcing that Schiller, and not Jobs, would be giving it a few weeks ago. And Jobs did even more to try and muzzle the suspense by talking about his health against his will. To some extent, it worked — at least from Wall Street’s perspective.

But a lot of people out there seem to be calling for blood because the company didn’t launch new Mac minis. I don’t know where those or the iMacs were, but they’ll come. So will dozens of other products this year I’m sure. But don’t expect to be truly “wowed” again until Apple releases a Mac tablet device — if, and most likely when, it does.

Until then, we’ll all have to “settle” for a bunch of good, solid products. Are all of them solid? No (I hear iWork.com isn’t anything to write home about so far this year) — but more times than not they are. And that means something. That’s why Apple is in the position of hype that it is in. And that’s why the kid in the video below is panting. And until those products start going south, they will remain there — come blockbuster keynote or come lackluster keynote.