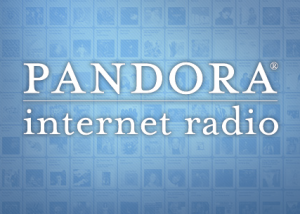 Pandora Radio, Pandora’s iPhone application, was the top downloaded app in Apple’s App Store for all of 2008. By the end of the year, it had been downloaded over 2 million times. But the streaming music discovery service apparently isn’t content to rest on its laurels: Version 2 of the app launches today.

The new version will now contain 30-second samples for bookmarked songs, the ability to create a station based on a current song, station sharing via email and a song progress bar, I’m told. The app is also getting a visual upgrade as song history will now feature the coverflow look familiar to iPhone and iTunes app users.

Pandora version 2 will still be free, supported by advertising. But one other very interesting new aspect to the service doesn’t have to do with this update at all, but instead has to do with the fact that Apple announced that iTunes would be going completely DRM-free by the end of the first quarter 2009. Even more important for Pandora, you will soon be able to buy music on your iPhone over your cellular connection (previously, you could only do this over Wi-Fi). Since Pandora gives you one-click access to buy the songs you discover on its iPhone app from iTunes, this is going to be really useful.

And it will no doubt help Pandora pull in even more money from kickbacks it makes from iTunes sales.

Pandora was one of my favorite iPhone apps for 2008. Version 2, paired with the new DRM-free iTunes that can use the 3G network, will no doubt make it a favorite for 2009.

Look for the app in the App Store at some point later today.