[Disclosure: The author previously worked at Flickr, one of the companies mentioned in this story.]

In yesterday’s keynote address at Macworld, Apple unveiled a series of software product upgrades that will potentially encroach on the territory of a handful of startups and larger companies. Should you be worried? 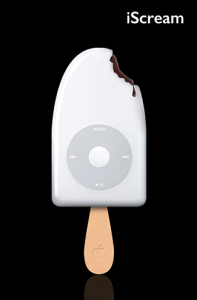 For starters, one of the big announcements revolved around changes to iPhoto, which, sometime this month, will add people- and geo-tagging functionality. The people tagging works via Apple’s automatic and adaptive facial recognition software, which you’ll find is pretty spiffy — unless you happen to be running the startup iLovePhotos, which has been doing pretty much the same exact thing, specifically for Mac users, for free.

But one doesn’t have to dig so deep into Apple’s new product architecture to see more of the obvious potential losers, like Google’s photo organization tool Picasa, which launched its software for the Mac a day prior to the Macworld keynote address — or Animoto, which helps you create photo slideshows on your computer or iPhone. Yep, iPhoto ’09 covers this all.

But wait, there’s more. The shiny new iPhoto books, which now let you easily include related maps, might creep into the domain of photo-enthusiast-friendly, self-publishing startup Blurb (which has a relationship with Flickr). As a piece of the overall iPhoto pie, Apple’s new photo books are currently being marketed more to soccer moms than aspiring professional photographers. We’ll just have to wait and see if the product itself is compelling enough to seep through these audience boundaries, potentially via iPhoto’s new integration with Flickr.

Another neat nugget revealed yesterday was the new “Learn to Play” feature of Garage Band ’09, which lets you take interactive music lessons, like educational software companies including SmartMusic and Adventus do. Naturally, Apple also added a little pixie dust for its fanboys by offering a suite of lessons from celebrities in the music industry, ranging from Sting to OneRepublic. 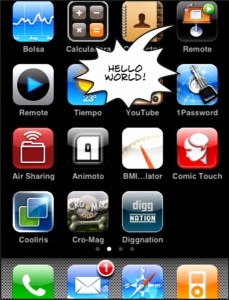 But it’s not just the fluffy, personal-use product merchandisers that might be getting nervous with yesterday’s announcements. With the unveiling of iwork.com, a new online component to its iWork suite of office products, Apple seems to be entering the territory of services like Google Docs and Zoho.

The products aren’t painfully similar — and there’s some confusion revolving around whether you can actually use iwork.com to edit your documents in a browser and why you need to download the documents before editing them. Still, it’s a step into the realm of online document collaboration, which apparently Microsoft was also looking to penetrate — for its Mac users, no less (its Mac Business Unit is said to be planning a new companion application for Mac Office 2008 that allows folks to share documents through the company’s SharePoint and Office Live Workspace collaboration services.)

But what the mobile-dependent workaholics with a penchant for giving presentations will find far more exciting is the new Keynote Remote, which lets you control the new Keynote ’09 straight from your iPhone or iPod Touch. This new feature might just convince those who still use Microsoft’s PowerPoint to switch. Let’s see how fast MS comes up with its own version of a mobile app. Who knows? It might even be free (Keynote Remote will be selling for $0.99 in the Apple App Store).