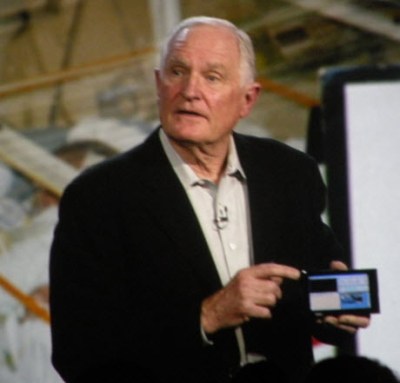 Craig Barrett, the chairman of Intel, used his keynote speech today at the Technology For Emerging Countries summit at the CES conference in Las Vegas to highlight a handful of new technologies that could help alleviate problems of poverty and illiteracy in the developing world.

His message was a recognition of the problems that nonprofits are running into during the downturn: Money for big charitable projects is drying up.

He pointed to Internet-charged nonprofits such as Kiva, the Silicon Valley company that makes it easy for people to make $25 micro loans to entrepreneurs in developing countries. Through simple web-based interface, Kiva lets you make a loan to an entrepreneur and updates you on how well that entrepreneur is doing paying back the loan. Micro loans have been around since the 1970s, when Muhammad Yunus first conceived of the idea of making loans to the poor in Bangladesh. But the Internet now enables Kiva to raise $1 million every seven days or so.

Barrett also showed off how doctors can use mobile Internet devices in rural villages in India to broadcast videos of patients to medical experts in cities. The devices can get Internet connections via cell phone signals and transmit pictures or videos with sufficient quality to diagnose problems from afar. 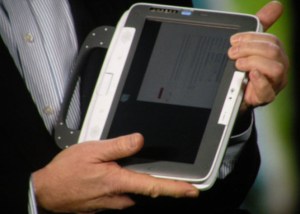 And Barrett also showed off a third version of Intel’s Classmate PC, which has a swivel that converts the laptop into a writing tablet. It also has a touch-screen interface that is more intuitive to learn. Intel is trying to get governments around the world to buy the machines and provide them to schoolchildren. It competes in the endeavour with Nicholas Negroponte’s One Laptop Per Child organization, which recently cut half of its staff.

Another technology Barrett highlighted was a game that educates young Africans about HIV and the risks of unprotected sexual behavior. The game is set in the slums of Nairobi, Kenya, and the gamer can play one of five different young characters who have to make choices about their behavior and deal with the consequences. The 3-D game for the PC was created by Warner Bros. Interactive Entertainment, the game publishing arm of Warner Bros. 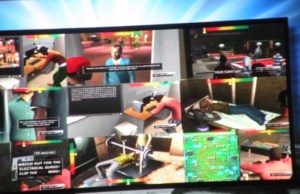 Barrett enlisted the help of celebrities such as Adam Levine of the band Maroon 5 and Adam Duritz of Counting Crows to urge people to help through a new web site, dubbed www.smallthingschallenge.com. Barrett and his various guests noted that places such as Bangladesh see 80 percent of students drop out of school between fifth grade and 10th grade. While the rest of the world is happy to adopt high-end technology, it’s simpler, low-end technology that provides the basic tools for education to help such students.