It’s never easy to pick the top 10 new products and technologies at the International Consumer Electronics Show (CES). This year, there were more than 20,000 products from 2,700 vendors across 1.8 million square feet of space. I saw every one of them. That’s right. And these are my picks for the best of the show, in order of preference.

1. The Palm Pre smartphone has revived interest in the aging Palm platform. This phone, designed by a team formed by ex-Apple executive Jon Rubinstein, could help the company steal some mojo from Apple’s iPhone. As we wrote in an earlier story, it has some things that the iPhone doesn’t: a wireless charging dock, a removeable battery, and a full, slide-down QWERTY keyboard. It uses gesture controls such as sideways or vertical flicking with your finger on its touch screen. It has the ability to run multiple applications at the same time, and it has a very smart way to integrate your various address books. It can, for instance, take the Facebook photos of your friends and integrate them with the phone numbers in your Outlook contact list. Then the Pre automatically creates an integrated contact list that shows both the photos and phone numbers for each friend. You can zoom in or out on web pages using finger gestures and easily find phone numbers and information through a predictive search function. 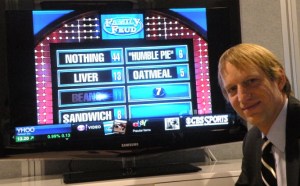 2. Yahoo Widget Engine. This platform for putting simple web applications — dubbed widgets — on the TV could become the Trojan Horse into the TV set. Four major TV makers — Sony, Samsung, LG, and Vizio — showed off connected TVs that could access videos on the Internet on new models available as early as the spring. The Yahoo Widget Engine has a development kit, jointly developed with Intel, which allows just about anyone to develop widgets for the TVs. A lot of the TVs already have YouTube access. But now you can use the widget engine to get access to sites such as your own MySpace account, Yahoo News, Yahoo Weather, Flickr, eBay, CBS, The New York Times, Netflix, Amazon, Blockbuster, Showtime, Twitter and USA Today. These sites scroll across the bottom of the TV screen and you can click to access them with the remote control. You can continue to watch TV while you read messages or updates from your friends. 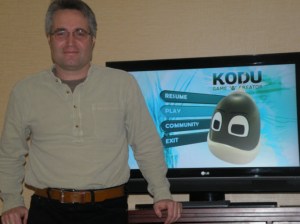 3. Kodu was highlighted by Microsoft executive Robbie Bach during Microsoft chief executive Steve Ballmer’s keynote. This visual programming language for the Xbox 360 will let children design and play their own 3-D games using an Xbox 360 controller. Microsoft already has its XNA Game Studio Express tools for professional game designers, and so far 111 user-created games have been posted on Microsoft’s Xbox Live Community Games Channel. But Kodu targets children with a simple set of tools and an easy menu-based user interface. Users need no prior programming knowledge. Kodu lets kids set up situations such as “if, then” scenarios, like if the robot sees an apple, eat the apple and then make the apple disappear. You can also easily morph the terrain in a 3-D space to suit your needs. It has a library of objects you can place within the environment. This started with research at the University of California at Santa Barbara and has become a full-fledged product coming soon. Kids can test their games right away, so the act of creation becomes more like a game itself. People will be able to buy it with Xbox Live points, somewhere up to $10 worth apparently, but the exact price has not been set yet. It will be out this spring. 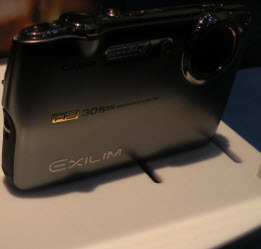 4. Casio EX-FS10 digital camera. This $349 still camera can take as many as 30 pictures a second. It’s a follow-up to a model introduced last year that could take 60 frames per second. With this kind of speed, you can always be certain that you’re going to get the right shot at the right moment. It’s easy to miss a smile or an action shot with slower cameras. You can get a better lens model for $399. At those prices, Casio is coming very close to being able to put this technology in the hands of the mass market. If it means that the vast majority of us will never take a lousy shot again, then that’d be worth it. I certainly know my relatives won’t have to suffer as much when sitting through family slide shows. Last year’s model sold for more than a $1,000, so it’s interesting to see Casio take the same engine and reduce its cost so quickly. 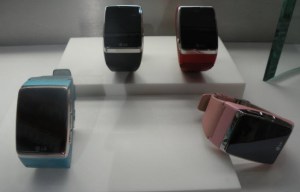 5. LG Watch Phone. This GD910 watch phone is the stuff of Dick Tracy. LG has been working on this concept for a while. This watch has the capacitive touch, meaning you can swipe your finger across the display to make something happen. Or you can use voice commands to dial someone. You can use it as a phone, MP3 music player, camera, or read text messages. You can do video conferencing over a 3G cell phone network. It is both scratch and water resistant. You can use the Bluetooth connection to connect a head set to it or send pictures to a Bluetooth-enabled printer. You have a choice of either an analog or a digital watch face. It has a 1.43-inch screen and is only 13.9 millimeters thick. That’s a lot better than the clunky phones of years past. 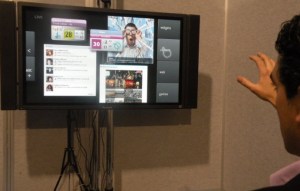 6. Softkinetic/Orange Vallee gesture-controlled TV interface. Softkinetic supplies the software that works with any 3-D depth camera (from the likes of 3DV Systems, Canesta or PrimeSense). Orange Vallee, a division of the European telecommunications giant with 120 million subscribers, plans to introduce gesture controls for its interactive TV service this year. As our video from CES shows, you can control just about everything on the TV by gesturing with a raised hand while sitting on the couch. You can make different things happen with swipes, circles, or by pushing your hand forward. You can also use it to play Wii-like games, such as sword fighting, on the TV. 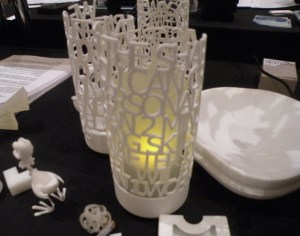 7. Shapeways. 3-D prototyping has been around for a long time, mostly as an expensive tool for industrial designers. Now it’s accessible to consumers thanks to Shapeways. You can log into the site and design your own objects. (See video link). Shapeways will print the object using sophisticated design and fabrication tools, then it will ship it to you, charging as little as $1.87 per cubic centimeter. But the great thing the company announced at the show is that you can now sell the things you create via the Shapeways web site. Shapeways Shops could be a new outlet for artists and other people who want to make a buck from their clever creations. Shapeways is based in Eindhoven, Netherlands. You have to place a minimum order of $25 and can print your design in plastic or other materials. 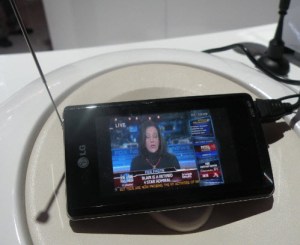 8. ATSC Mobile Digital TV. Last year, Samsung demonstrated how it could bring digital TV to a mobile television that could stay in contact with the signal even in a moving car. Now the Open Mobile Video Coalition says it will launch DTV service for mobile devices in 22 cities, covering about 35 percent of U.S. TV households. There are 63 stations from 25 major broadcasters on board, including NBC, Gannett, Fox, and Sinclair Broadcast group. LG Electronics showed off a tiny digital TV receiver that can display the service. It’s fairly similar to Qualcomm’s own MediaFlo technology. Now you can get your TV on the go. The picture looks incredibly sharp and clear compared to what I’ve seen in years past. I don’t expect this to be a huge market, but it’s a sign of things to come. 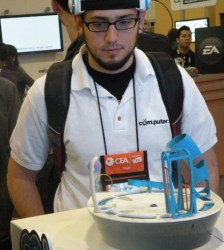 9. Mattel’s Mindflex game. You can use your mind to control this game. You put on a headset that measures your brain activity. Then you control a little floating ball by either concentrating or relaxing your mind. The ball rises or falls accordingly. You can navigate the ball through hoops and cages and run hurdles around a race track. You’re probably not going to play with this all that much once you get beyond the novelty, but maybe it will help you become a Zen master. It uses technology from Neurosky, one of several brain-control startups. Right now, these kinds of sensors can pick up certain kinds of rough brain wave patterns. It’s not quite at the level of Jedi mind tricks just yet, but it’ll get you imagining the day when we’ll be able to control our games not just with gestures, as with the Nintendo Wii, but with our thoughts as well. Those games are going to be a lot harder to play. 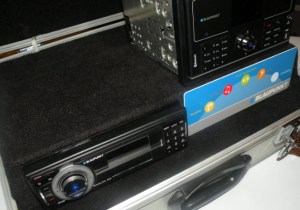 10. Blaupunkt showed off what it called the first Internet radio for cars. It can get more than 20,000 radio stations on the web and play them as you drive. You can push a button to switch from AM/FM radio to web stations that are browsable by country, genre, station and keyword. You can check out the top 100 channels on miRoamer, a service from startup Torian Wireless. The device uses a Bluetooth connection to a 3G cell phone, so coverage and dropped packets may be an issue. You probably can’t speed that fast if you want to have good reception. It will cost $349 to $399 in the U.S. and will be available in the second half of the year. There will be two versions, one that occupies a single radio deck in a car and another that occupies two.