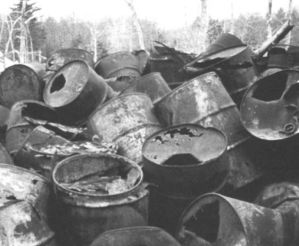 At the time an extremely high-profile case, the episode helped introduce public safeguards to high-tech manufacturing. It also provided for the birth of the Silicon Valley Toxics Coalition, a group that is today releasing a report on the solar industry, which is blossoming much as semiconductors did in the 1970s and 1980s.

Making solar panels, which are in many ways directly descended from semiconductors, also produces toxic byproducts that could sicken living beings, warns the SVTC. Among these are caustic liquids like silicon tetrachloride, dusts and nanoparticles like kerf (a remnant from cutting silicon ingots), and potent greenhouse gases like sulfur hexafluoride.

Of course, nearly any manufacturing industry outside of cottage crafts produces a long list of potentially harmful byproducts. The SVTC’s executive director, Sheila Davis, admits that the solar industry is not an immediate problem except for in countries with lax standards, like China. After all, we’ve had our mistakes like the IBM / Fairchild spills to learn from.

The reason to look at solar now has everything to do with its racetrack position. The solar industry has been ramping up and, albeit with the recession hanging overhead, is ready to take flight. But where other new manufacturing techniques might automatically meet with suspicion, solar has an inherent advantage: an excellent environmental reputation. That comes from its lack of CO2 emissions, but careless onlookers might mistake solar’s CO2 reputation with a more general environmental harmlessness.

“What needs to happen, and what we’re slowly moving towards, is a systems thinking approach to products and their entire life cycle,” says Davis, who wants the solar industry to take a hard look not just at how panels are manufactured but also at how they’re disposed of at the end of their life — which can last 25 years or more. Davis is concerned that discarded panels could release chemicals or harmful nanoparticles into the environment.

Each chemical contained within a panel, which could become a pollutant if panel is thrown away, must be weighed against the ingredients required to make the panel in the first place. Standards for this sort of analysis don’t exist today, and the SVTC report is no help; a year in the making, Davis refers to it as an “introductory” study that requires years more work. 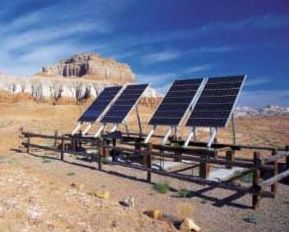 Whether solar companies would be willing to take part in that process is anyone’s guess. Many companies do, in fact, offer panel recycling plans, although it’s often the installer rather than the manufacturer doing the collection. But for all aspects of manufacturing a panel — whether it’s traditional silicon, thin-film or a variant — rely on a single metric: cost. Changes that interfere with the end cost of a panel may encounter fierce resistance.

Although other factors weigh on buyers, including the cost of maintenance and perceived reliability of panels, they also are most interested in cost; simply put, the cheapest panel wins. However, Davis’s view of the future is radically different. “The ones that succeed that should be the ones that achieve sustainable practices. That should be the Litmus test,” she says.

The two ideas aren’t likely to meet in the middle without encouragement. But if they don’t, says Davis, problems are likely in the future. “The way we operate now means it takes a serious accident to get people’s attention,” she says.

Instead of just letting businesses operate as they please, Davis advocates a regulatory framework that rewards manufacturers who continually improve the production of their product.

Starting on such rules now will be immensely helpful in a future in which solar branches out in many directions other than traditional solar panels. “I think solar will be ubiquitous. We’ll have solar in electronics, in paint, in windows,” Davis says. “Each manufacturer needs tools to do lifecycle assessment. I think that’s a tremendous opportunity, and it’s shifting policy. There’s a whole new sector out there to create software and monitoring and other detection devices for these different industries.”

I also wrote last year about the SVTC’s report on nanotechnology, which makes many similar recommendations to the solar study. (Luckily, solar isn’t quite as scary as nanotech.) The complete solar report is available on the SVTC’s website.