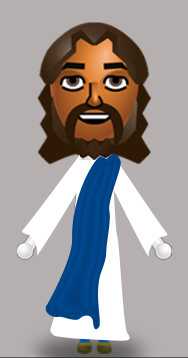 If the future of movie rentals involved trekking long distances to brick and mortar stores to overpay for a movie, Blockbuster would be all set. Unfortunately for Blockbuster, the future of the business lies online. Even worse, all of their competitors realized this before them. And so we have a company that was once the powerhouse in movie rentals in a position of extreme weakness going forward, and scrambling to make deals to catch up. So far, those deals have seemed lackluster, but are we looking past something?

Specifically, I’m talking about Blockbuster’s newest deal with Sonic Solutions. On the surface, it looks like another deal destined for obscurity while main rival Netflix gets its service on big players in the living room like TiVo and the Xbox 360 gaming console, but there may be a hidden element. You see, Sonic’s CinemaNow property will soon work with the Nintendo Wii, the hottest gaming console on the planet, reports BetaNews.

Might we see a Blockbuster-branded movie service coming to the Wii? It’s possible, but there are some caveats. First, CinemaNow support has only been announced for Fujisoft-enabled Nintendo Wii game consoles in Japan. Elsewhere in the world, including the U.S., there is no guarantee we will ever see such a console. Second, it’s not clear if the Wii is even powerful enough to run such a service offered by Blockbuster. While one would assume it could do standard video streaming, it doesn’t have a built-in hard drive like its rivals the Xbox 360 and Sony’s Playstation 3, and instead uses much smaller capacity memory cards — which could make movie downloads problematic. The Wii also doesn’t support HD video, something which both the 360 and the PS3 do.

But if Blockbuster could somehow pull it off, getting on the Wii could be a huge win and would have the potential to turn the company’s online fortunes around. After all, the Wii has an installed base of almost 50 million homes right now, far ahead of the other current generation gaming consoles. If it could offer a subscription-based streaming movie service akin to Netflix’s offering on the Xbox 360, it could be huge.

Nintendo is getting ready to launch its “Everybody’s Theater” streaming anime channel for the Wii in Japan in 10 days. And it was just announced today that the device now has support for YouTube. Could these be a sign of things to come for the console?

Of course, all of that is speculation — but it’s speculation Blockbuster should seriously consider listening to if it isn’t already. The first set-top box it released with 2Wire (you know, the one it was in no hurry to release before it hurried to release one) is getting bad reviews. The company claims that a bunch of new devices and offerings are on the way, but it’s beyond vague about them and I have doubts if any of them will be as successful as the Roku, let alone the Xbox 360 — both of which offer Netflix service.

In terms of devices in the living room, you can’t find one much hotter than the Wii. And it has no movie partnerships currently. I’m just saying there’s a chance…