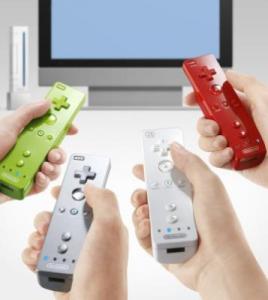 YouTube is one of the largest success stories of the “web 2.0” era (at least in terms of viewers, not in terms of making money). But to be considered fully mainstream, the service needs to get into the living room, where people still do most of their content viewing. And YouTube is taking another step in that direction today by launching a beta version of the service for the Nintendo Wii and Sony Playstation 3 gaming consoles.

Available at youtube.com/tv, YouTube for Television (as it’s being called) claims to offer a good “10-food” television viewing experience, according to a post on the YouTube Blog. There’s a special interface to interact with the service since it’s not the same as using it on the computer, as you don’t have a mouse or a keyboard. It should be particularly interesting on the Wii, which has a controller that allows you to point anywhere on the screen.

And that’s important because I have YouTube on my television right now through my Apple TV, but it’s kind of hard to navigate because of the Apple TV’s simplistic remote. While finding popular videos is easy via specific channels, doing a search using an on-screen keyboard is beyond tedious with the up, down, left and right keys. YouTube is also already available on other living room boxes, including the TiVo digital video recorder.

YouTube for Television works through the gaming consoles’ web browsers. That’s probably why you’re not seeing this launch on the Xbox 360 as well — it doesn’t have a web browser, as TechCrunch notes. Of course, the Xbox 360 is made by Google rival Microsoft, so that may have something to do with it as well. I’m sure, for example, they could make a special YouTube channel on the Xbox 360 like they did for the Apple TV, and like Netflix has done for the Xbox 360.