The other day I wrote about how the GeoEye-1 satellite would be taking images of President Obama’s inauguration from 423 miles up — in space. This could only have worked on a clear day so clouds didn’t block the view. Good news: It was a clear day, and the pictures (above and below) look great.

The images show the view from the Capitol, the Lincoln Memorial, the Washington Monument and surrounding areas. See those things that look like ants? Yeah, those are people — millions of them.

The GeoEye-1 is also known by some as the “Google Satellite” because Google has the rights to use some of its images for its Google Earth and Google Maps products. 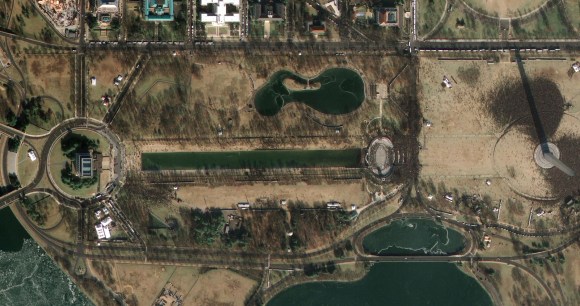