IBM had a good fourth quarter — The now-diversified hardware maker posted net income of $4.4 billion for last quarter, up 12 percent from Q4 of 2007. Revenue decreased just 1 percent after adjusting for currency changes. The company expects its software, services and finance businesses to fair well in the coming year. More on CNET. 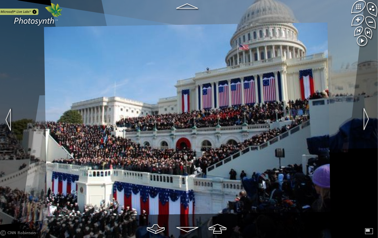 Synthesized inauguration photos — If you haven’t had enough coverage of Obama’s inauguration yet today, then check out these stitched-together photos showing the inauguration happening from multiple angles at once. Brought to you by CNN and Microsoft’s Photosynth software (download required). See screenshot.

Microsoft Songsmith fashioned into something funny — Check out these hilariously bad remixes of popular songs, combining the voices of the singers with Songsmith’s cheesy synthesizer backup chords. Here’s Radiohead’s “Creep:”

Donovan, the 60’s folk singer, on the transcendent internet — Transcript from the Midem conference at Cannes yesterday, via hypebot: “The dream of the ’60s, of me and John Lennon and the others, was: How do we speak to everybody on the planet at the same time? The first answer was via satellite, but that didn’t connect to everyone. Then John would say, ‘How about telepathy?’ Then we forgot about it until now we realize that the internet fulfills that dream of communicating with everyone. I’m not afraid of the internet because it’s that the dream we had. The internet is the new ’60s as far as I’m concerned.” 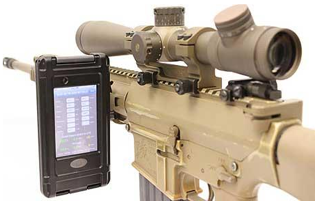 Take a better shot with your iPod — The new BulletFlight application, available for download in the iTunes store, helps gun owners line up that perfect shot by calculating in ammo type, distance, and wind speed.

Sega lays off 30 in San Francisco office — GigaOm has more.