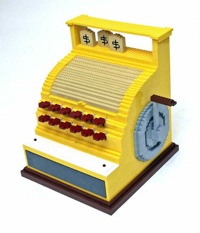 People flooded to the Internet this morning to watch President Barack Obama get sworn in. Social networking site Facebook saw 4,000 status updates per minute during the inauguration, while Twitter users made five times the normal amount of “tweets” per second. GigaOm wondered if the web was breaking under the inaugural strain and reported on the high traffic seen by content delivery networks Limelight and Akamai. Despite all of that, some websites sat forlorn and unused during the speech.

For example, MerchantCircle, which creates websites for hundreds of thousands of businesses to promote themselves, saw a substantial drop in traffic — a 40 percent decline for about an hour, then 20 percent down for the rest of the day, before returning to normal at 7pm Eastern. That makes sense, since I’d imagine everyone was too busy Tweeting, writing status updates, and watching the inauguration to spend time visiting corporate websites. If you weren’t, that’s probably because your boss was looking over your shoulder. I’m guilty too: My first blog post for the day didn’t go up until a couple hours after the inauguration ended. (Sorry Matt!)