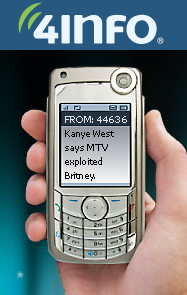 4INFO, the Silicon Valley company that serves advertisements in mobile phone text messages, has raised another $20 million in funding.

The money comes from a previous backer, Peacock Equity, a joint venture between NBC Universal and General Electric Commercial Finance, according to a report in the WSJ. VentureBeat has heard that 4INFO’s advertising rates have plummeted since the onset of the economic downturn in October, though if it’s true, 4INFO would hardly be the only ad network where that’s happened. The company could not immediately be reached for comment.

Like many companies in this environment, 4INFO is turning to its existing investors to help survive the tough times. Peacock Equity backed the company with $2.5 million in a fifth round of capital a little more than a year ago. 4INFO has now raised at least $50 million in backing over six rounds of capital, according to our records. (In its story, the WSJ incorrectly reported the amount the company has raised).

Rumors circulated back in 2007 that the Silicon Valley (San Mateo, Calif.) company would likely be sold for at least a couple of hundred million dollars, given the buoyant advertising market and its traction in texting.
The company, now employing 70 people, sends more text messages in the U.S. by volume than any other provider, according to Nielsen. However, with the recession deepening, and new, more visually dynamic mobile platforms such as the Android and the iPhone on the rise, the question is whether text ads will remain interesting to advertisers.

The company says it delivers more than 80 million text messages a month to users. Users sign up for the message service at places like Yahoo, Gannett and IAC when they request update alerts about everything from weather, sports scores and celebrity news. 4INFO is the middleman, handling the text message service for these media giants, and inserting ads for them into the messages.

The mobile messaging ad market is expected to reach $2.4 billion this year, up 62 percent from last year, according to research firm eMarketer.

4INFO CEO Zaw Thet told the WSJ he expects the company to be profitable by the second half of this year.