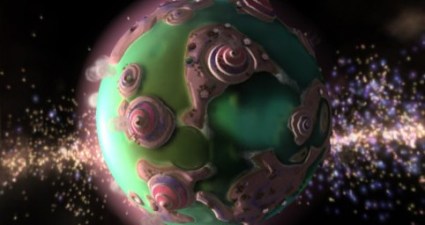 Electronic Arts announces today that it is working on a number of new games based on its ambitious Spore franchise.

Lucy Bradshaw, head of the EA Maxis game studio, said in an interview that the universe built around Spore, which launched in September, is going to expand in several directions. Already, the company plans to launch an expansion pack called Spore Galactic Adventure, which will supplement the original with more play options in the popular space-based phase of the game. 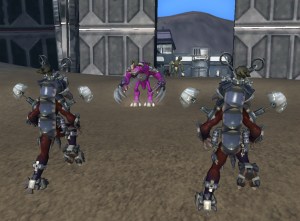 With more than 100 million units sold, The Sims franchise proved to EA that expansion packs can keep a title fresh. Spore, which has fallen short of The Sims’ success, also lends itself well to this strategy. Broken down into distinct phases, the game allows you to create your own creatures, and then evolve them from single-cell organisms into rudimentary societies and eventually space-age civilizations. Spore has come to define a genre of games that puts player creations at the center of game play.

In the space phase, the goal is to colonize other planets until your species dominates the galaxy. The game already gives you the option to skip ahead to this part, but the new expansion pack will give players the ability to beam down to the surface of conquered planets (just like Captain Kirk), where you can take on a special mission with your allies or battle your rivals.

If you get tired of these preset “Planet Adventures,” you can create your own using what EA has dubbed the Adventure Creator. The tool essentially scripts out the scenario you want to play. For example, you can transform planets’ appearances with a drag-and-drop feature, and dictate whether your creatures will meet with friends or foes. Bradshaw says that many adventure ideas came from fans, who have uploaded more than 65 million creatures and other inventions to the Sporepedia. Users are also encouraged to share their custom adventures on Spore.com. 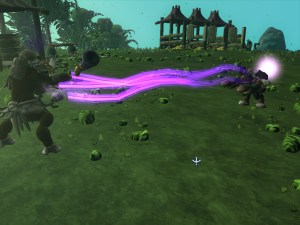 “Our initial ideas for the first expansion pack were different,” Bradshaw said. “This is all based on watching the players.”

Spore Galactic Adventure will be available for Mac and PC this spring. And more spin-offs are forthcoming for what Bradshaw calls the most successful new intellectual property launch in EA’s history. Spore has sold millions of units, but Bradshaw can’t put a finer point on it until EA reports its financial results. Spore may not have seen record sales, but it’s done well enough for EA to lay down some major bets on the franchise.

The company will also a release a game for young players called Spore Creature Keeper for the PC. Like the Spore Creature Creator tool EA released last summer before the launch of the game, this one lets you create a creature, nurture it, develop its personality and create both objects and environments for it to interact with. Kids can arrange play-dates for their creatures online or play alone. The game will debut this summer.

EA is also working on two games for Nintendo’s platforms. Spore Creature Hero, designed for the Wii, will let you take your creatures on various planetary quests, using actual motion to fly, swim and jump. It will also release Spore Hero Arena for the Nintendo DS, adding 3-D depth to what had previously been two-dimensional game play. Both will hit the market in the fall.

Bradshaw said that EA is using both internal and external teams to create the games. Meanwhile, she said that the core Spore design team is working on unannounced titles. For Spore Galactic Adventure, EA combined the forces of two teams, one that worked on the creatures for Spore and the other that worked on the space game.