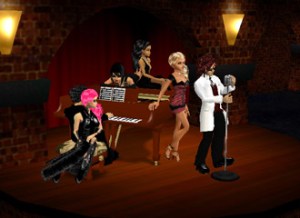 IMVU, an operator of virtual rooms for teens and young adults, said today it has raised $10 million in a fourth round of funding.

The round was led by Best Buy Capital, and existing investors Menlo Ventures, Allegis Capital, and Bridgescale Partners also participated. The Palo Alto, Calif.-based company also said that its base of registered users has grown to 30 million, compared to 20 million in June.

Members create their own virtual characters, or avatars, and design their own rooms. They can then chat with friends, download and listen to music, and also create digital goods that they can sell to other members. There are currently more than two million items for sale in the company’s digital goods catalog.

IMVU announced that Best Buy Capital’s Kuk Yi will become a member of its board of directors. The company says it has 100,000 registered developers and generates more than $1 million in revenue each month. It competes with rivals such as Habbo and Gaia Online.

Cary Rosenzweig, chief executive of IMVU, said in an interview the company’s growth has largely been viral and has continued into January despite the recession. He said that in 2009 the company will continue to grow revenues and expects to hit profitability. It was IMVU was founded in 2004 and has 55 employees.

Rosenzweig said he was glad the company could raise money in the tough environment and found that investors were still receptive to the sector in general. In 2008, virtual worlds raised more than $594 million, according to figures released yesterday by Virtual World Management. To date, the company has raised $30 million.