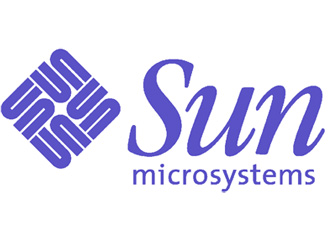 Updated with this response from the company:

On November 14, 2008, Sun announced a series of changes designed to align its cost model with the global economy and accelerate the introduction of compelling open source innovations. As part of that effort Sun announced a global workforce reduction of approximately 5,000 to 6,000 employees, representing approximately 15% to 18% of the Company’s global workforce. Sun can confirm that today layoff notifications were given to approximately 1,300 employees as part of that action. Reductions were made across all levels, including vice presidents and directors.

Sun continues to make choices to align strategically, geographically and operationally with its plan for long term growth. We believe the restructuring will result in a more efficient coverage model with resources aligned to growth opportunities. We believe the number of positions that will be eliminated, when combined with the other cost cutting measures and organizational changes being implemented, will put the Company on track for improved financial performance.

Last November, Sun Microsystems said it would be laying off up to 6,000 employees — or around 18 percent of its workforce — after a weak first quarter performance. The cuts are happening today, we’re hearing from a well-placed source, ahead of the company’s second-quarter earnings report next Tuesday.

The server and software company is facing hard times as the market has shifted from closed-source to open-source software technologies, like Linux, and it is facing stiff competition from larger rivals like IBM and HP. To boot, a significant portion of the company’s business is in the financial sector — clients that aren’t in a position to make large purchases these days. Sun has been experimenting with software-as-a-service and other models to help it gain market share, and most prominently purchased open-source database company for MySQL for $1 billion last year. Here’s some more from the strategy announcement it released in November:

As part of this effort, Sun is announcing a global workforce reduction and alignment of its Software organization into new business groups – Application Platform Software, Systems Platforms, and Cloud Computing & Developer Platforms – with a focus on boosting open source momentum and growing new sectors of the market who view technology as a competitive weapon.