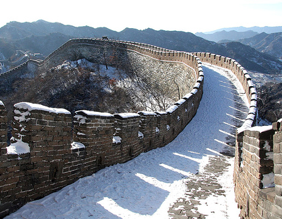 Venture capital investments in China last year hit a record $4.2 billion, or 30 percent higher than in 2007 — and VC firms are still flush with cash even as the economic slowdown is poised to worsen.

Some Chinese entrepreneurs say unemployment there could skyrocket any day now as many companies have been waiting until after the Chinese New Year next week (Jan. 26) to make cuts. China has become a major outsourcing partner, which means that its factory workers suffer when U.S. consumers stop buying imported goods manufactured there. With the U.S. and some European economies now in deep recession, the delayed impact on China is about to set in.

How this will affect venture capitalists and the pace of their investments remains to be seen. Gavin Ni, founder and chief executive of Beijing-based research company Zero2IPO Group, said the slump last year may have shaved off up to a fifth of what investment levels would have been without a downturn.

Still, VC firms in China raised a record $7.3 billion last year, 33 percent higher than the year before. On the other hand, there were only 28 initial public offerings last year in China, down from 70 in 2007, and a three-year low.

More from the Mercury News.