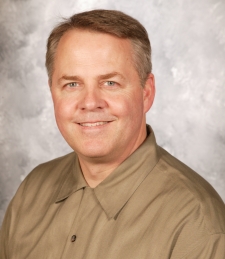 The fallout from the layoffs announced by Microsoft on Thursday continues: Among the casualties is Chris Early, general manager of Games for Windows Live, the online gaming service for gamers who play on personal computers.

The division launched its service about 20 months ago and created a new user interface for it in November. I haven’t reached Microsoft or Early for comment, but an email bounce-back says that Early’s time at Microsoft “has come to a close.” I suspect more well-known managers will exit now there are fewer people to manage.

I met with Early back then and he was a stout defender of Games for Windows. That group has taken its share of hits in the 1,400 layoffs announced so far. Like most Microsoft divisions, it will also likely take its share of the 5,000 cutbacks coming over the next 18 months.

You have to wonder. With the Xbox 360 games getting the big budgets and Games for Windows just chugging along, will Microsoft keep investing heavily in its Games for Windows branding and services? Microsoft has been heading toward a Valve Steam-like game downloading service. But it hasn’t yet implemented that. Games for Windows Live is a free counterpart to the Microsoft Xbox Live online gaming service on the console.

Players use it to access to their own gamertag, or single identity, and data like game achievements. They can also use the system for voice and text chat and finding other players to play in online multiplayer games.

[Update] Ron Pessner has been named as Early’s replacement.

(And please check out the link to our upcoming GameBeat 09 game conference coming up March 24.)