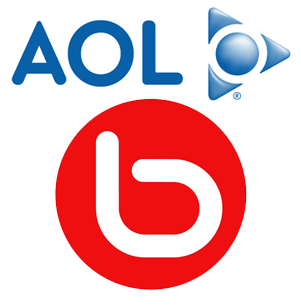 Is AOL looking to sell off $850-million acquisition Bebo as a report yesterday indicated might be in the works? Then its recent recruiting efforts must be an “elaborate smoke screen,” as a source quipped to us when they sent in the following recruiter email from a Time Warner headhunter. The letter details the requirements for a new “Vice President, Technology — People Networks.” Basically, it seems to indicate that AOL is indeed making Bebo the centerpiece of this wider effort — it intends to tie together Bebo, instant message protocol AIM and a range of other social web properties, as the company said last spring. Here’s an excerpt of the email (the full version, after the jump):

Reporting to David Liu, Senior Vice President of AOL People Networks, the Vice President of Technology will have overall responsibility for designing and executing the Information Technology strategy for AOL’s People Networks business, including Bebo. The person will serve to create the technology infrastructure as it relates to the organization’s business goals and objectives. This key Technology executive will also lead and set the strategy for many technological upgrades.

It’s been more than half a year since Bebo announced the People Network effort, and it’s currently missing what appears to be a key technology leader to help put the pieces together. Which is maybe why both TechCrunch and PaidContent heard a number of sources whispering about a possible sale of Bebo — Bebo or AOL employees or executives may be so disgruntled they’re throwing the idea around. AOL is also apparently firing more than 700 people today — perhaps there will be further consolidation among People Network properties, instead of the speculated sale? As AOL chairman Randy Falco told the company in the layoff memo today:

We combined Bebo with our longtime community assets AIM and ICQ as well as newer acquisitions Goowy, Yedda and SocialThing, to build People Networks, gaining AOL a foothold in the critical social media space, with more announcements to come on the next phase of development in both the social media space and in the integration of social and publishing capabilities.

Joanna Shields, who came to AOL through Bebo, is now the Executive Vice President, AOL, and President, People Networks — I don’t see anything on either the AOL corporate site or on the Bebo corporate site about the position, below. I asked Bebo about the recruiter email, they said it “speaks for itself.”

Indeed. Perhaps delays in filling this position also explains why we hear the company’s larger plans for its People Network, like distributed AIM instant messaging on other sites, are still in PowerPoint.

AOL, a Time Warner Company NYSE [TWX], is a global Web services company with over 10,000 employees and revenues over $5b, that operates some of the most popular Web destinations, offers a comprehensive suite of free software and services, runs one of the country’s largest Internet access businesses, and provides a full set of advertising solutions. AOL LLC is headquartered in New York; its Product and Technology Campus is in Dulles, Virginia. AOL and its subsidiaries also have operations in Europe, Canada and Asia. Randy Falco oversees AOL as Chairman and CEO. Ron Grant is COO and President.

Bebo is a popular social media network. Building on the notion of traditional social networking Web sites, Bebo combines community, self-expression and entertainment to enable its users to consume, create, discover and share professional and user-generated content through the Bebo Web site. Bebo has a total membership of more than 49 million registered users worldwide. Bebo’s global users spend an average of 25 minutes a day on the site.

Reporting to David Liu, Senior Vice President of AOL People Networks, the Vice President of Technology will have overall responsibility for designing and executing the Information Technology strategy for AOL’s People Networks business, including Bebo. The person will serve to create the technology infrastructure as it relates to the organization’s business goals and objectives. This key Technology executive will also lead and set the strategy for many technological upgrades.

This position will be based in San Francisco, CA where Bebo is headquartered.

The executive we are seeking will be first, and foremost a top-notch, highly effective and savvy business leader. The successful candidate will be an extremely intelligent, accomplished business and technology executive who is able to interface with both the business heads and Technology professionals in a persuasive and collaborative fashion. He/She must have a proven ability to manage Technology change and develop strategy in a very cost efficient manner. The ideal candidate understands that Technology serves and enables business needs. The right candidate knows the plumbing part of Technology.

A Bachelors’ degree from an accredited and recognized institution of higher learning is required with an advanced degree (MS, MBA, equivalent) ideal.

AOL People Networks intends to attract a superior and world-class Vice President, Technology, and is prepared to offer an attractive compensation package including a base salary, plus bonus.