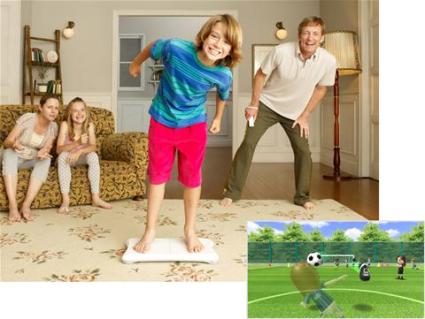 Nintendo reported strong sales of the Wii and DS game players in the fourth quarter, but it said it would revise its sales and profit forecasts downward because of the strong Japanese currency.

For the first nine months of its fiscal year ended Dec. 31, Nintendo sales were $16.6 billion, up 16 percent from the same period a year earlier. Operating profits were up 27 percent. But net profits were down 18 percent to $2.3 billion, due to a revaluation of assets (devalued to currency fluctuations) held in different countries.

Nintendo sold 10.4 million Wii consoles in the fourth quarter, up from 7 million a year earlier. It sold 11.9 million Nintendo DS handheld devices, while the new version of the handheld, the DSi, sold 1.7 million units since its launch in Japan only in November.

For the fiscal year which ends at the close of March, NIntendo revised its forecasts downward. It expects to sell 26.5 million Wiis, down 1 million from the earlier forecast, and 31.5 million DS units, about 1 million more than previously expected. Game sales forecasts were also revised downward 7 percent for DS games and 3 percent for Wii games. It cut its sales forecast by 9 percent and cut its profit outlook by a third.

Meanwhile, Sony reported a $200 million operating loss in its third fiscal quarter due to both weak electronics sales and a strong yen. The 18.0 billion year operating loss compared to a profit a year earlier of 236.2 billion yen. Net income fell 95 percent to 10.4 billion yen and revenue fell 24.6 percent to 2.15 trillion yen. The company said it continues to lose money on liquid crystal display TVs.

Sony’s game divisino saw revenues fall 32 percent from a year ago to $4.36 billion from $6.43 billion, due to both the strong yen and a drop in game hardware and software sales. Operating income fell to $4.4 million, down 97 percent.