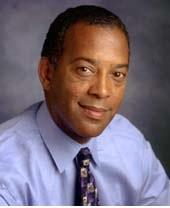 Symantec chief executive John Thompson is widely reported to be President Barack Obama’s top choice for Secretary of Commerce, the only remaining spot on Obama’s cabinet. Thompson seems like a solid choice, and not just because he was an early and vocal Obama supporter — during his 10-year tenure, Thompson is credited with growing Symantec from a small company to one of the leaders in Internet security (it makes the popular Norton suite of security software).

To evaluate Thompson’s track record as a CEO, we thought it would be useful to look at Symantec’s stock since Thompson took over in 1999. Conveniently, that pretty much coincides with the “10-year-view” in Google Finance. It turns out that the value of Symantec shares has increased an impressive 506 percent during that period — not bad for a company that had already been in the pubic markets for a decade when Thompson took the helm. (Though Symantec stocks had actually risen twice as much in 2004, before falling to the current level.) In comparison, during that time period the NASDAQ fell about 39 percent and Microsoft dropped 60 percent.

In its most recent earnings report, Symantec claimed a $6.8 billion loss for the quarter ending Jan. 2 due to an accounting charge. But excluding charges, Symantec brought in $350 million in net income, beating analysts’ predictions and giving its stock a nice boost.

Thompson has announced plans to step down from the CEO role in April.