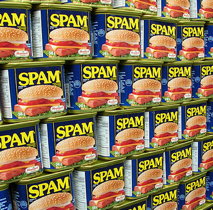 We’ve known for a while that there are a lot of bad websites out there that could damage your computer or wish to stealing your personal information. But this morning, it was revealed that 100 percent of all websites wished to do you harm — or at least, according to a little search site called Google that is.

Yes, between 6:30 AM PST and 7:35 AM PST, every single listing for every single search done through Google was flagged with the warning “This site may harm your computer,” Google’s vice president of search product and user experience, Marissa Mayer explained today on the Google Blog . While this was obviously an error — and a bad one — the blame game led to some further confusion.

Initially, Google noted that the site StopBadware.org provided its badware data (a listing of sites that intend to harm visitors), and seemed to indicate that being the root of the error. In fact, StopBadware.org does not provide Google with badware data, but instead simply helps Google come up with the cirteria for maintaining its own list. Google updated its post to clarify that it was in fact Google’s own fault and StopBadware.org wrote it own post on the matter as well.

Mayer notes that users who saw the erroneously flagged search results only encountered them for about 40 minutes or so. Still, it’s worth repeating that it was every single page that Google indexes on the Internet that was flagged as spam during that time period.

If Google does another round of layoffs , I have a feeling I know where they’ll start.