Another Super Bowl, another banned PETA ad. NBC banned the latest ad, dubbed Veggie Love, from People for the Ethical Treatment of Animals for being too racy. 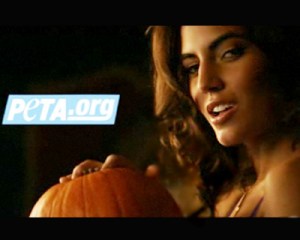 Everybody’s attention will be focused on the gridiron this afternoon. And that raises the perennial question: are Super Bowl ads worth the high price tags? Various sources suggest that the cost of a 30 second ad is now $3 million, up 10 percent from a year ago. By comparison, a World Series ad last year cost $392,000, according to TNS Media Intelligence.

I wonder if we’re hitting one of the peaks for such traditional media advertising. The Internet is stealing dollars away from traditional media. Internet ads are at least measurable. You can tell what kind of impact they’re having because a lot of the ads have some kind of direct call to action, such as clicking through for more information or signing up for something oniline.

PETA has, of course, hit on the perfect strategy with its Veggie Love commercial. They intentionally make an overly racy ad (in this case, lingerie-clad models showing their love for vegetables), the TV network rejects it, the uproar gets everybody’s attention, and then the PETA web site scores millions of hits from people curious about the banned video.

Are Super Bowl ads a waste of money? Should brands spend their money online instead? Please leave your comments.