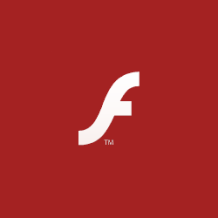 Adobe Flash support has been at the top of everyone’s list of features they want on the iPhone since the device was first released in the summer of 2007. The apparent roadblock had been Apple, which didn’t think Flash would perform well enough on the device. But Adobe chief executive Shantanu Narayen said this week that Adobe and Apple are actually now working together to bring the technology to the phone, according to Bloomberg.

But Narayen has said this before. Back in March of last year, he had this to say on Adobe’s Q1 conference call:

“We are also committed to bringing the Flash experience to the iPhone and we will work with Apple.”

So have the two really been working together for a year now with no results? Probably not. While Narayen may have said Adobe was going to work with Apple on a solution, that was probably just wishful thinking on Adobe’s part at the time, as CNET pointed out.

The Flash-on-the-iPhone story popped up again in September of last year, when another Adobe executive told a conference audience that the company was still working on Flash for the iPhone. But an Adobe spokesperson confirmed to us at the time that Adobe would still need Apple’s help (which it presumably wasn’t getting) to make Flash on the iPhone a reality.

So how about now?

Here’s Narayen’s latest comment made to Bloomberg Television from the World Economic Forum in Davos, Switzerland:

“It’s a hard technical challenge, and that’s part of the reason Apple and Adobe are collaborating.”

Unless Narayen misspoke, that finally sounds like the two sides are actually working together, rather than just dreaming about it — and that’s great news.

Narayen goes on to say that, “The ball is in our court. The onus is on us to deliver,” which I’m guessing means that Apple wants a version of Flash for the iPhone that won’t bog down the device, but will be more robust that Flash Lite, the lightweight version built for mobile devices.

Flash on the iPhone could be a powerful tool indeed. While Apple has touted the iPhone as putting the “real” Internet in your pocket, with so many sites out there now relying on Flash, at least part of that “real” Internet is missing when you browse the web on your iPhone. Apple gets around that on sites like YouTube, by having Google convert all its flash videos into its preferred h.264 video format, which plays on the iPhone in the Quicktime player. But that’s simply not an option for all of the sites out there that use Flash.

While the collaboration appears to be the real deal this time, after so many false starts, I’ll believe Flash is coming to the iPhone when it’s actually there, on my device.