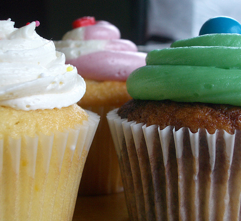 Google is in the process of rolling out a new firmware update to G1 phone owners, but before you get all excited, it’s not the so-called “Cupcake” update. But that’s not to say this update doesn’t come with some interesting stuff, namely the addition of voice search as an integrated part of the web searching experience on the phone, as the Google Mobile Blog points out today.

Voice search is exactly what it sounds like, instead of typing in a query to Google, you can speak it and have Google display results. If that sounds familiar, it’s because Google did a much ballyhooed launch of the feature on its iPhone application a couple of months ago. But the Android implementation is potentially bigger news because it is baked right into Android’s default web browser and can be added as a widget right on your main G1 screen.

This new firmware, technically called 1.1 RC33, is already rolling out to select G1 users and will continue going out to all users over the next couple of weeks. According to the T-Mobile forums, some of the new features include:

Update: I mistakenly listed A2DP stereo Bluetooth, tactile feedback and video recording support earlier, as TechRadar pointed out, but those are meant for Cupcake, which “is a work in progress,” according to T-Mobile. That last element is worth noting, because early tests for video recording on the G1 produced awful results.

As I noted above, though, this update is not the “Cupcake” update, which will include features such as a touchscreen keyboard. Google is still working on that, and there’s no timetable for its launch, although one would have to assume it’ll be ready before the G2 launch, which apparently has no physical keyboard. That launch could happen sometime around the middle of the year. 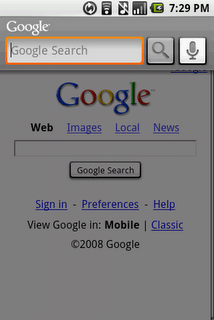