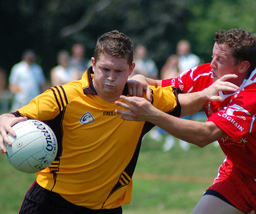 A lot of people get all worked up about the lack of features like copy and paste on the iPhone. To me, by far the biggest feature lacking on the iPhone is the ability for third-party applications to run in the background. It’s such an obvious omission that I’ve predicted multiple times that Apple will backtrack and add it. A new rumor suggests that may just happen.

There isn’t a lot to go on, but MacRumors has heard from a source that Apple is considering allowing certain tasks from a select group of third-party applications to run in the background. This would be an alternative to the Push Notification system that Apple has failed to deliver some five months after its initial due date.

Background task functionality could show up in the 3.0 version of the iPhone’s firmware and could be limited to one or two processes on current iPhones, says MacRumor’s Arnold Kim. This makes sense, because despite the excuses that Apple gives, the real drawback of background applications is that they quickly drain the power of mobile devices. For proof of this, try using a G1, T-Mobile’s first phone based on the Google Android platform, which has awful battery life when multiple applications are running in the background.

Kim goes on to say that a next-generation iPhone, perhaps a multi-core one that’s been rumored, could support more than two applications running in the background at a time, presumably thanks to power and chip improvements.

While not as direct as this information, I too have been hearing some whispers of functionality from Apple and AT&T that suggest Apple is at the very least open to the idea of third-party applications running in the background. Again, it just makes sense that it’s going to have to happen sooner or later if the iPhone wants to maintain a competitive edge over rivals who will offer the functionality.