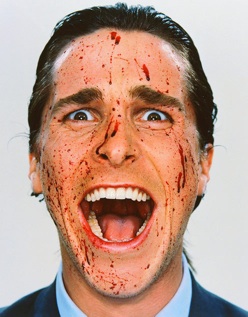 I hate to reuse my twisting of the catch phrase from the old Highlander films, but I feel compelled to remind everyone once again: There can be more than one.

Everyone is all worked up about Facebook killing Twitter now because it opened its application programming interfaces (APIs) a bit more to allow for status updates from Facebook to be passed through to other sites. This is an especially sexy claim to make right now because Facebook made an offer to buy Twitter back in November, which Twitter turned down.

Facebook is obviously compelled by Twitter and the service it offers, and rightfully so. Two years ago, I said that Facebook could learn a thing or two from Twitter, and slowly, over those two years, it’s pretty clear that they have. But that doesn’t mean Twitter’s going to die now just because Facebook understands that status updates are an important part of the social web.

Right now, people use Twitter and Facebook status updates for completely different reasons. Mark Hendrickson pretty much nailed this earlier today over at TechCrunch. He writes that while Twitter and Facebook post similar questions to users, “What are you doing?” versus “What are you doing right now?,” by and large the answers are entirely different.

Twitter, on the other hand, does. Because there’s no hand-holding for what you put in your Twitter update, you can put in anything — and that’s what people do. You can do that on Facebook too, but they give you other instant options to do that, like the ability to write on someone’s Wall or post a “Note.” Facebook status updates are simply not for random blocks of text and Facebook, because of the way it’s structured, does a better job enforcing that than Twitter did.

Twitter really should just get rid of the “What are you doing?” message. I understand they keep it around for nostalgic reasons, but sooner or later it has to go. Twitter is far beyond that now — that’s what I use Facebook status updates for.

Which brings me to my point: I think that rather than Facebook killing Twitter, Twitter may thrive with the more open Facebook. A lot of people use services that automatically pipe in their Twitter updates to their Facebook status (which again, leads to a lot of messages that make no sense), but now you should be able to do it the other way round, too. 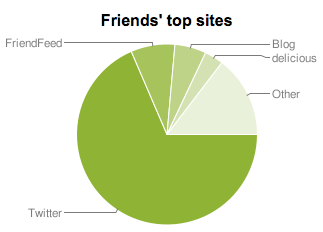 And that will actually get me using Facebook status updates more, because I will use it if I’m going to say what I’m actually doing and let it get sent back to Twitter. But I’ll continue to use Twitter for the other micro things I want to say.

Now on to FriendFeed. When people were busy saying that FriendFeed was going to kill Twitter, they forgot that the two in some ways have a symbiotic relationship. A lot of FriendFeed’s user data comes from Twitter (I don’t know the exact numbers, but my friends’ top sites area on FriendFeed’s stats page shows that nearly 75 percent of the content from the people I follow comes from Twitter — that’s huge). And now, with the ability to send messages back to Twitter, I’m sure FriendFeed is sending its fair share of updates back the other way.

The two feed off each other, and the same thing might start happening with the Twitter/Facebook relationship, now that the data can flow both ways.