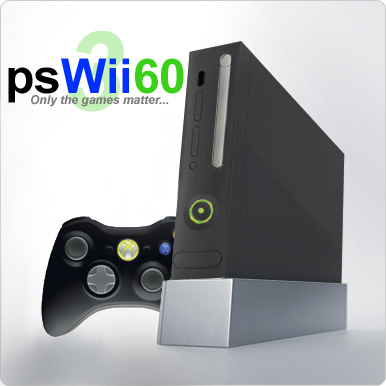 The video game console wars have been kind of boring lately, with no hot rumors to talk about. But Charlie Demerjian of the Inquirer tech news site has kicked off a new round of chatter about which chips are going to be in the PlayStation 4, the Wii 2 and the Xbox3 (not the official names).

There isn’t any official information on this yet. And it’s pretty early for the console makers to lock down on contracts with chip makers. But Charlie has dragged me, kicking and screaming, into the discussion for the sake of judging the plausibility of these rumors. My message today is, let’s not get carried away here.

Demerjian says Intel has paid to secure a place for its new graphics chip, code-named Larrabee, in Sony’s next-generation console. He says that Advanced Micro Devices has locked up a graphics chip deal to get into the Xbox 360’s successor. And he thinks that, while not confirmed, AMD will also win the graphics chip for the Wii 2.

Demerjian says these consoles are launching around 2012. That part makes sense. In the past cycle, Microsoft waited four years to launch its new console, the Xbox 360, in 2005, because it was losing a ton of money on every one that it sold. Now that it has better, custom-designed hardware that isn’t as expensive to build, it’s turning a profit on the 360s and is in no rush to move to a new console.

About five years is the usual time frame to launch. For Microsoft, the clock hits five years in 2010, while it’s 2011 for Sony and Nintendo. But all three companies have said they see no need to rush out new hardware. Nintendo is selling so many Wiis, it has no motive to move early. Sony is in third place, but it has also said it foresees selling the PS 3 on a “ten year life cycle.”

That makes 2012 plausible as a launch year. But let’s put this in perspective. I know Charlie, and he has done some good investigative work, like a piece on Nvidia’s graphics chip quality problems, which were linked to how they were connected to computer boards. But he also got a few things wrong, like a prediction that Google would buy Valve and a bad rumor that Nvidia was exiting the chip set business (just as it made a major move in mobile integrated graphics chip sets). He also said Nvidia had lots more layoffs coming — something the company categorically denied. (Do you see a pattern here? Charlie and Nvidia aren’t on great terms).

Demerjian believes that Intel has won the PS 4 with Larrabee, despite what many fear is a difficult programming model. The programming model matters here because it has to be easy, not complicated and expensive, for game developers to make games for a console. The PS 3’s Cell is hard to program, so it’s no surprise it’s in third place. Demerjian thinks Intel paid to get a leg up over AMD and Nvidia.

Meanwhile, he says Nvidia is the odd man out here because it has never had a relationship with Nintendo and because it has pissed off both Microsoft and Sony by charging high fees for its chips. That could be true, but I wouldn’t count Nvidia out so early in the game. The console makers have this sorry history of playing two sides against each other, making some chip makers believe they’ve got a deal when secretly they’re also talking to another player (just recall the Gigapixel story).

On Thursday, David Shippy, co-author of The Race for a New Game Machine, shared some interesting thoughts with me. Shippy was chief architect of the PowerPC core used in both Sony’s Cell microprocessor and Microsoft’s Waternoose processor in the Xbox 360. He believes the next consoles are going to combine both the CPU and the GPU in the same chip, right off the bat. Silicon process technology will move so far by that time that both Sony and Microsoft will likely have moved to combine the graphics chip and microprocessor into a single chip in the PS 3 and the Xbox 360. To make this happen, Sony has to get IBM and Nvidia to co-design a single chip for the PS 3, and Microsoft has to get AMD and IBM to do the same for the Xbox 360. This is likely in the contracts, but it’s easier said than done.

This means that the companies that are likely to win the deals are the ones with both graphics and microprocessor technology — AMD and Intel. By 2011, Intel will launch its 22-nanometer manufacturing process. That means it will be able to fit about four times more transistors, or basic electrical circuits, on a chip by that time than it can today. Hence, it be easier to do combo chips by 2012, for sure.

It is indeed going to be a tough road for Nvidia. But for two generations now, Nvidia has managed to get into a console. Why? One of the reasons is that some teams — even at the giant IBM — get stretched really thin if they try to serve all three masters at the same time, as Shippy pointed out in his book.

Nintendo is the one company with a clear mission for its next console. It has to develop a system that can do high-definition graphics. The other two have to do something with a cool user interface that matches the Wii’s motion-sensing control scheme. So the combo microprocessor-graphics chip is going to be important, but perhaps not as much so as in past generations. I have to thank Charlie for officially kicking off the horse race. But I believe we have a lot of laps to go. I’ll close with this: At the Consumer Electronics Show, an executive at one of the companies I’ve mentioned here told me that the deals were not sealed.