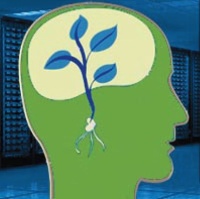 If you were reading VentureBeat a couple of weeks ago, you may have seen an article suggesting that most people don’t care about global warming — despite a recent deluge of media about climate change and renewable energy, many people aren’t convinced. Today a new study is suggesting that the geeky, forward-thinking information technology industry is also behind on becoming environmentally friendly.

The study by Think Ecological, a group owned by BPM Forum, Intel and Rackable Systems, says that while over 80 percent of companies are more sensitive to ecological issues than they were a year ago, about the same number give their own industry “failing grades” in carrying out ecological practices.

To simplify some of the study’s findings, the people who control the computing infrastructures of major corporations are behind the curve, spending their time hounding employees about not printing out emails rather than tackling major issues such as reducing the amount of energy that power-sucking server farms consume.

That’s surprising because corporations with big IT departments have an interest in streamlining and increasing energy efficiency — it saves them money. That was pointed out to me by Cisco’s VP of green engineering last year in an interview and has certainly been said many times before by others.

BPM Forum’s Derek Kober says that while he thinks environmental awareness is high in IT, all the connections haven’t been made at a leadership level. Executives are interested in cutting down energy usage, but they usually don’t have in-depth knowledge of all the potential solutions, or how much money they could save if they addressed some obvious weak points.

Part of the solution lies with startups, which can not only develop new technology and methods but market them and educate companies. Some, like Verdiem, are just getting started, while VMWare and others have already become successful (and made heaps of money). But Kober says organizations also need leadership from within. “The first step is to sign up someone whose job it is” to promote green initiatives, he says.

In the end, though, IT is still a progressive field. In my own mini-poll, a full 17 percent of respondents thought global warming was non-existent. But only three percent of those Think Ecological polled thought it was “not at all” important to reduce their organization’s carbon footprint. Now they just need to follow up with some action.