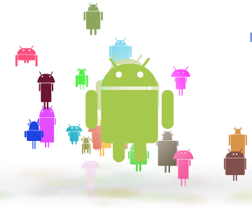 Buried in a Wall Street Journal article about Microsoft’s mobile strategy, is an arguably more important nugget: That Google’s Android Market is opening its doors to paid applications this week for the first time — this according to “people familiar with the matter.” The report is in line with earlier rumors of the impending launch and Google’s stated goal of an “early Q1” release.

This could be a watershed moment for the Market, which has so far failed to gather the same momentum as Apple’s App Store over the past seven months. In mid-January, Apple announced that the App Store had seen some 500 million downloads and over 15,000 applications. By contrast, just a few weeks ago, the Android Market had around 800 applications. Sure, the Marketplace is newer than the App Store, but extrapolating the numbers out, Apple would still be killing Google at its current pace. [Update: There is a report now that Apple may have 20,000 apps in the App Store already.]

While some of it certainly had to do with the fact that the G1, the first phone to be build on the Android platform, was simply not as popular as the iPhone, the larger issue in the Market’s (relative) slow growth may well have been the lack of paid applications. After all, developers have a lot more incentive to develop for a platform if they’re going to get something back — and especially if there’s the potential to get paid a lot, as has been the case with some of the iPhone’s hit apps.

Unlike Apple, Google isn’t seeing a dime made from the paid apps. While both stores give developers 70 percent of the revenue, Google is kicking the other 30 percent to the carriers and to pay settlement fees. It’s not yet clear what kind of payment framework the Market will use, as Wired points out.

These paid applications, paired with the wide range of new Android phones slated to come out this year, could mean a real breakthrough for Android as a platform. And it comes just in time: RIM, the makers of the BlackBerry, Microsoft and Palm are all expected to launch app stores of their own shortly.