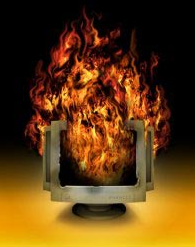 Google likes to talk about how it promotes technology that benefits the entire web — open standards for social networking and the availability of white-space spectrum, for example. Which is why it’s really frustrating that one of its very own technologies — a service that numerous blogs and web sites depend on — is proving unreliable. The service, feed distributor Feedburner, keeps having problems — despite efforts to become more reliable.

This morning Feedburner went down for more than an hour, essentially preventing a number of blogs and other web sites from distributing articles through the Really Simple Syndication (RSS) standard to feed-reading applications, news aggregators, and other web services.

We’ve previously covered issues with lost or greatly delayed feeds. The ongoing problems may be causes by Google not providing the Feedburner team with enough resources (engineers, servers, etc.) to manage the problems.

To their credit, the Feedburner cofounders — who made millions on the sale to Google, after building a great company — have been diligently talking with us and other web sites, and explaining their plans for making the service better. As one cofounder, Dick Costolo, commented in response to my last rant on the matter:

We are focused right now on migrating publishers as efficiently as possible, so that we can begin to transition our focus to innovating on the new platform. In the process of migrating two million feeds from the legacy system to the new environment, in my opinion, it is inevitable that there will be challenges, simply because of the complexity involved. It is also the case, however, that the new systems are significant improvements over the legacy systems in many areas, once publishers are through the migration process. As an example, and without going into too many details, the legacy email service had several delivery constraints as it continued to grow dramatically, and the new system is vastly improved with a superior design for growth.

It’s understandable that technical glitches happen from time to time, but other valuable Google services, like search and AdSense don’t seem have the same number of problems — hopefully, today’s outage will be the last issue for Feedburner before the new version goes into place.

[Image via Defending The Net.]