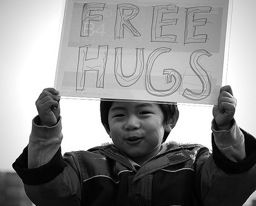 The rumor of the $99 iPhone is back. And yes, again it’s from an analyst. This time, it’s RBC’s Mike Abramsky, who says that his checks indicate that Apple will remove features from the current iPhone 3G to sell it for $99 after a subsidy, while at the same time adding features to a higher-end iPhone that will continue to sell at $199. Unfortunately, as I love to point out, analysts are almost always wrong when it comes to Apple.

After the initial predictions of “iPhone nanos” coming in at $99 didn’t pan out, and Apple pretty much killed such an idea during its recent earnings call, analysts now seem to want to remove features from the current iPhone to get the price down. Abramsky believes Apple will remove the 3G and GPS capabilities, will downgrade the already weak camera and will team with AT&T to offer a new limited data plan. God, this device sounds great!

At the same time, he thinks Apple will make a higher-end iPhone with more memory, a better camera and a high-resolution display. Hmmm. First of all, the higher-resolution display doesn’t make a whole lot of sense. That would either break current applications across the board, or make it so they have to have black bars around them, kind of like when you watch a DVD on a TV that doesn’t match its aspect ratio. Secondly, Abramsky notes the new, improved camera will have video capabilities. Well, guess what, the current iPhone already has such capabilities. I can stream a Qik video for you right now (on my slightly modified iPhone) if you want proof. It’s a matter of upgrading the firmware to support recording video, it has nothing to do with the camera itself.

If Apple does release a new iPhone this summer (which is looking like more of a possibility), the more memory and better camera seem like obvious upgrades. It’s possible that we’ll see some sort of other hardware change, like perhaps a camera in the front of the device. But a lot of the other upgrades will probably come through a new software update.

If Apple does sell a $99 iPhone, it will probably be a clearance of the current-generation models, kind of like what AT&T did recently at that price. Analysts seem to like to assume that Apple is going to make moves based on motivations that drive other companies, like market share. But Apple has proven time and time again that market share takes a back seat to solid margins and quality products. A $99 iPhone, as Abramsky sees it, would likely fit neither description.

Let’s not forget, too, that Abramsky is the same analyst who a few months ago downgraded Apple’s stock to “underperform” and lowered his price target from $125 a share to $70, as Apple 2.0 points out. How was that pick worked out? Well, since that time, the stock has risen nearly $30 a share, to go back above the $100-a-share threshold.