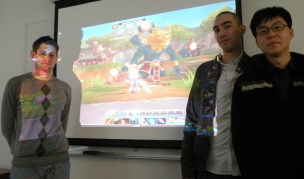 Now the company is expanding in the U.S., having launched its flagship game  Perfect World International for free about six months ago. It already boasts about a million registered American users. And today, it launched a closed beta for EtherSaga Online, a new fantasy role-playing game aimed at young people.

Both games raise some funds through virtual goods sales. Players can buy clothing to dress up their avatars and even a better sword that comes with more expansive capabilities. Only about 10 percent of their users purchase goods, but this is still enough to compensate for offering the games for free, according to Yoon Im, director of operations at Perfect World’s U.S. subsidiary in Redwood City, Calif.

The bigger question for Chinese game companies is whether their imported games will ever be in a position to take on goliaths like World of Warcraft (which reports 12 million subscribers and a billion dollars in revenue every year for maker Activision Blizzard).

In the past year, both Age of Conan and Warhammer Online tried to unseat World of Warcraft with similar subscription models to no avail. (Warhammer Online has 300,000 paying subscribers now.) But with the recession in full swing, consumers may actually prefer free options like Perfect World, which still has full 3-D graphics. After all, the world’s avatars come with their own cute pets.

A number of folks have noticed that World of Warcraft’s numbers didn’t grow much after the launch of the extremely popular World of Warcraft Wrath of the Lich King expansion pack in November. There seems to be a lot of churn there. This could be due to the recession, or maybe because free games are becoming more popular.

This could be good news for companies like Perfect World. But will U.S. players embrace free games to the extent that Asian players have?

Nexon’s Maplestory has done well here. And just a year after its launch, Outspark has 3.8 million players for its free games, with a hefty average spend per month. The company is expected to hit $10 million in revenue this quarter.

Beijing-based Perfect World has 2,000 employees, including 40 in the U.S. (The Beijing branch also makes movies.)

In the past day, Ether Saga Online already gained 10,000 U.S. players. It will have an open beta starting around March.

Bellis thinks the secret to success in the industry today is to give people the equivalent of disk-based, deep online games for free. The company also tries hard to not frustrate the free players by keeping games fair for those who don’t want to buy virtual goods.

What can players pay for? There is an auto-healing potion that allows a player’s character to be healed as they take damage in combat. You can also buy a kind of transporter device that moves you from one place to another quickly across a a large world. Many players choose to pay rather than waste their time.