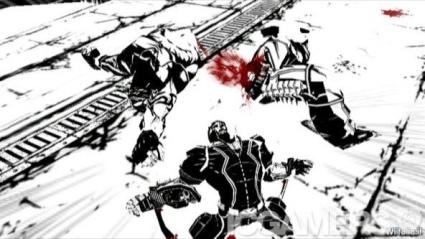 Sega’s parent company Sega Sammy Holdings is laying off 560 people, or 18 percent of its work force, and closing 110 amusement facilities.

The Japanese company, once one of the titans of the video game business, has had operating losses for two years and is now making the cuts so it can return to profits, Kotaku reported.

Everybody’s rooting for the company that exited the game console business with the death of the Dreamcast. But Sega Sammy has been a major operator of pachinko arcades in Japan. Those are taking a big hit during the recession, and many of Sega’s brands such as Sonic the Hedgehog are getting long in the tooth.

The company has been attempting to Westernize its content by buying U.S. and European game studios in the past few years, but it has yet to come up with a spectacular hit. Still, there are some good Sega games, such as Super Monkey Ball on the iPhone and Mario and Sonic at the Olympics for the Wii. And Sega has some big games coming, such as the bloody Madworld game (pictured above) for the Wii.

There have been other big layoffs at game companies THQ and Electronic Arts. But so far, this seems more like a case of winners and losers, as opposed to the whole industry sinking because of the recession.