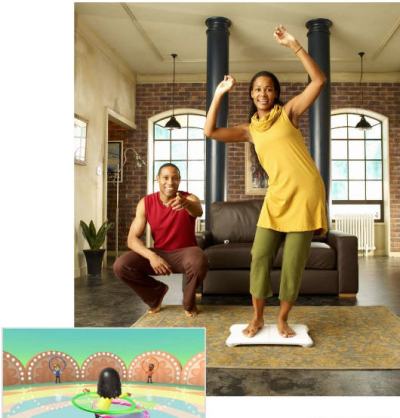 The U.S. video game industry continues to defy the recession, with sales in January up 13 percent compared to a year ago.

Anita Frazier, an analyst at NPD, said that at this point in the console cycle (where the consoles launched in 2005 and 2006), hardware sales usually drop off and software sales pick up. It’s notable that hardware sales — thanks to the Wii — are going strong. This trend, as well as the top 10 games list, suggests that the Wii is playing a huge role in expanding the game market to non-gamers.

Microsoft said its January number was up 33 percent from a year ago. It notes that it had five of the top 10 games in January. Top Xbox 360 games included Left 4 Dead, Call of Duty World at War, Skate 2, Lord of the Rings: Conquest, and Gears of War 2. Microsoft said third-party games (those published on the Xbox 360 by non-Microsoft publishers) hit $139 million in January. Sony had no games in the top 10.

I”m in the midst of playing Conquest. In fact, I’m almost done. It’s one of those great hack-and-slash movie-like games where you mash buttons until you fall asleep. It takes some mastery of different characters in order to make progress in the game, so you can’t hit the same button all the time.

It’s nice to see a few Electronic Arts games make that list (Left 4 Dead, Skate 2 and Lord of the Rings: Conquest), as the company has had a tough time lately. Xbox Live has 17 million subscribers, the same number that Microsoft announced in December. It noted earlier that more than a million Xbox Live Gold subscribers are now using Netflix’s streaming video service. (You can instantly watch as many as 12,000 movies via the Xbox 360). Each user household has watched 16 movies on the service.

February may be a good month for Microsoft, as I just got a copy of Halo Wars. The game, which is the swan song for the now-shuttered Ensemble Studios, released a demo version on Xbox Live on Feb. 5, and it was downloaded more than two million times in a week. Also in February, Take-Two Interactive will release Grand Theft Auto IV: The Lost and the Damned as a download on Xbox Live on Feb. 17.

[Update: Michael Pachter, analyst at Wedbush Morgan, said in an investor note that the PC industry game sales plummeted 21 percent during January compared to a year ago. The 10 percent January software growth compares to 15 percent in December, 11 percent in November, and 35 percent in October. Pachter expected growth of 12 percent in software but said the results were solid overall. He doubts there will be much impact on stocks since most game companies have warned of weak results in the past couple of weeks and their stocks have already been hammered. This result isn’t enough to sway investors much.]